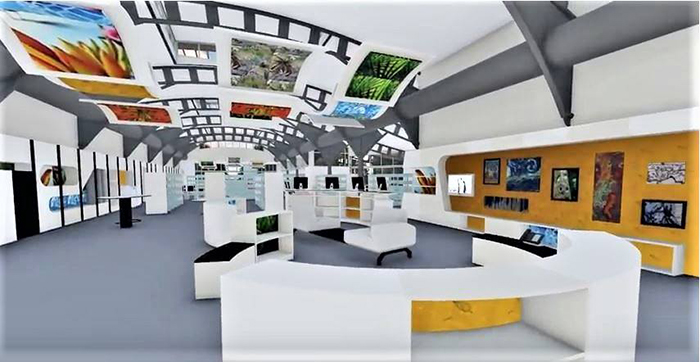 “For the past 25 years the people of Noosaville have loved their library and now this refurbishment begins a new chapter in the romance,” Minister Hinchliffe said.

“The upgraded library’s cutting-edge high-tech features will future-proof the facility for years to come and I applaud the Noosa Shire Council on its novel delivery.

“This is a wonderful example of what can be delivered when both levels of government are on the same page. We can achieve volumes for the community.

“On top of that, council reports that 115 people were employed on-site at different times during the works, providing a wonderful boost for the local economy.

“I strongly urge all locals to turn up and see what the library has to offer and, of course, turn up for the books.”

In the newly refurbished library, families can enjoy a children’s early literacy space, an outdoor Wi-Fi and reading courtyard.

Noosa Shire Mayor Tony Wellington said that the refurbished library is not only considerably larger than the old library, but it also retained the character of the original and iconic Maurice Hurst design.

“With the completion of these works, the Noosaville library is being thrust into the future to meet the changing needs of our community,” Mayor Wellington said.

“There will be a hi-tech maker-space and faster Radio Frequency Identification lending system.

“Local artwork will remain a feature, along with new meeting rooms, outdoor space with Wi-Fi, plus a dedicated local history room.

“Libraries bring the world to the community. They also bring community members together.

“On behalf of the Noosa community, I would like to thank the State Government for their assistance in funding this project, and thus their investment in the social capital of Noosa.”

Image courtesy of COMPLETE Urban. The refurbishment of Noosaville library was undertaken by COMPLETE’s Architecture team.