New Zealand’s ‘wellbeing’ budget promises to care for most vulnerable 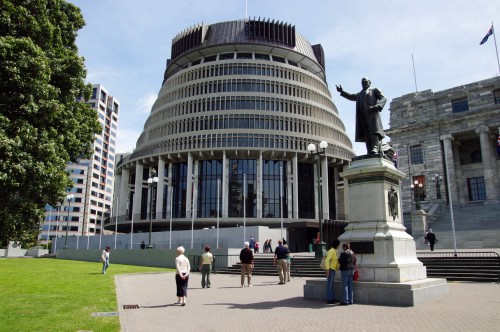 After more than a year of speculation, New Zealand’s Government has unveiled its “world-first” wellbeing budget, to widespread praise from social agencies charged with looking after the country’s most vulnerable people.

Minister Robertson said many New Zealanders were not benefiting from a growing economy in their daily lives, and this year’s budget had been designed to address the growing disparity between the haves and have-nots. According to predictions by the International Monetary Fund, the economy is expected to grow at about 2.5 % in 2019 and 2.9% in 2020.

Although comparable countries such as the United Kingdom have begun to measure the national rate of wellbeing, New Zealand is the first western country to design its entire budget based on wellbeing priorities and instruct its ministries to design policies to improve wellbeing.

As expected, mental health received the biggest funding and investment boost on record, receiving $1.9 billion. $500 million was earmarked for the ‘missing middle’ particularly - New Zealanders suffering from mild to moderate anxiety and depressive disorders that did not require hospitalisation but significantly affected their quality of life.

$500 million will also be spent on new frontline mental health workers stationed in doctor’s surgeries and Indigenous clinics, with the government aiming to help 325,000 people with “mild to moderate” mental health and addiction needs by 2023/24.

Mental Health experts described the focus on mental health as “ambitious” but expressed excitement and relief that improving the mental health of New Zealanders across the board was finally becoming a priority, as year on year the New Zealand suicide rate continued to climb.

Minister Robertson added “mental health is no longer on the periphery of our health system. It is front and centre of all of our wellbeing.”

New Zealand Prime Minister Jacinda Ardern said for her, the issue of mental health was “deeply personal”, advising “almost all of us have lost friends or family members. Ensuring that New Zealanders can now just show up to their GP or health centre and get expert mental health support is a critical first step.”

Measures to combat family violence also received a record investment of $320 million, in a bid to tackle the country’s entrenched family and sexual violence statistics, which see the police respond to a domestic violence incident every four minutes.

Child wellbeing, long a passionate focus for Prime Minister Ardern, who is in charge of the portfolio, will receive more than $1 billion. According to UNICEF, 27% of New Zealand children live in income poverty, defined as going without necessities such as nutritious food, healthcare, and a warm, dry home.

Prime Minister Ardern added “as the minister of child poverty, there is no ignoring the stress and strain that material deprivation causes our families.

“When our children do better, we all do better.”

Treasurer Robertson concluded “for me, wellbeing means people living lives of purpose, balance and meaning to them, and having the capabilities to do so.

“This gap between rhetoric and reality, between haves and have-nots, between the elites and the people, has been exploited by populists around the globe.”