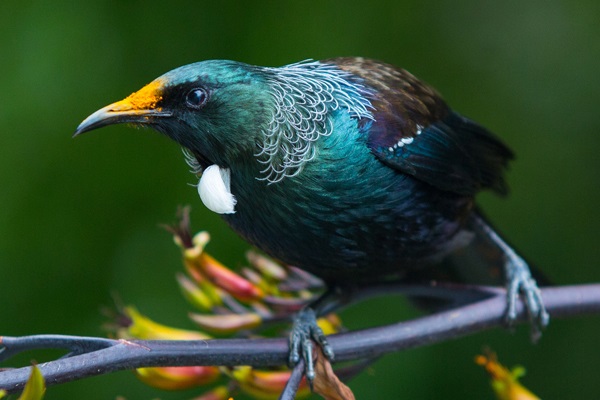 No longer having to compete with cars, buses, trains, planes or people during New Zealand’s lockdown, the nation’s native birds are reported to have thrived.

In mid-April, a rare karearea was spotted on Wellington's Lambton Quay, kererū have been landing on back fences, pīwakawaka have also been seen in central Wellington, and tūī have definitely been singing loudly at the crack of dawn.

In a recent interview with Radio NZ, Dr Danielle Shanahan, Director of Wellingto-based environmental attraction Zealandia, advised “one of the main things that people (have noticed during lockdown) is just how vocal the birds are.

"They're not having to compete with the constant traffic noise and as a result we're hearing them much more."

Dr Shanahan said some of the birds living at Zealandia had also become far more adventurous since the lockdown began noting that staff looking after Zealandia had noticed that younger birds in particular were far more curious, and were following rangers around on their daily walks.

Ecologist Dr Margaret Stanley said the increase in bird numbers may be partly due to drought conditions forcing them to look for food in people's gardens.

She said it could also be that we are just noticing bird life more, now that life had slowed down.

Dr Stanley said the birds would be enjoying the decrease in noise, light and air pollution - along with slightly messier public parks, where maintenance had been stopped.

By contrast conservationists fear feral cats could be mowing through the country's highly-vulnerable seabird populations with trapping projects halted during the lockdown period.

Because of introduced predators much of New Zealand’s wild bird population relies on human intervention for survival.

The majority of New Zealand's native land birds had well and truly finished their breeding season before lockdown with chicks having left their nests - the most vulnerable stage.

But many seabird species take slightly longer, and spend from around late March to May alone, fledging in their burrows, while their parents are out at sea collecting food.