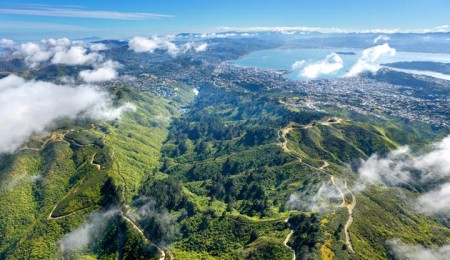 Wellington City Council has taken on the ownership of the Zealandia visitor centre, acquiring the facility in lieu of a $10.3 million loan debt owed by the attraction to the Council.

Wellington Councillors recently approved a deal that allows the Karori sanctuary to repay the loan, by transferring ownership of the visitor centre, which cost $16 million to build.

Repaying the loan, which it received from the Council in 2011, lifts a major financial burden from the Zealandia wildlife sanctuary.

Councillors voted unanimously to approve the deal at the beginning of March, which will require public consultation because it involves transforming the Karori sanctuary from an independent entity into a council-controlled organisation.

The 225-hectare sanctuary enjoyed its busiest months on record in December and January, and is on pace to crack the 110,000 visitor mark this year. It is also forecasting an operating surplus of about $300,000 for the year to June – its best financial result.

However, since opening in 2010 Zealandia has struggled financially, and six years after building the visitor centre, the Karori Sanctuary Trust found that it could not cover the cost of depreciation on the building or ever pay back the interest-free loan that helped fund it.

Under the new arrangement, Zealandia will continue to pay maintenance on the centre, while its annual grant of $875,000 would be cut by the cost it will take for the council to insure the building.

Trust Chairwoman Denise Church said the deal would give the sanctuary confidence it could fund the depreciation on its assets and be sustainable entity from now on, stating “for now, we feel like we're in a very good place."