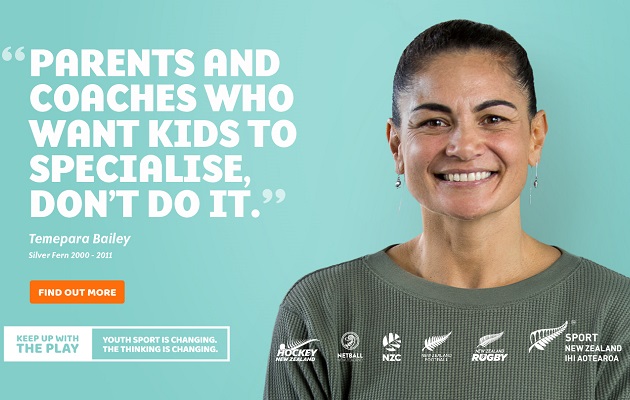 Sport NZ and the five sports who last September published a Statement of Intent to improve youth sport are calling on parents, coaches and administrators involved at grassroots level to help implement these changes as sports prepare for the upcoming winter season.

Launching a public awareness campaign today, Sport NZ’s General Manager of Community Sport, Geoff Barry “we believe changing the attitudes and behaviours of those delivering or influencing grassroots sport, whether parents, coaches or administrators, will be the single biggest success factor in addressing the current problems in youth sport and keeping young people in the game.

“Together with the five sports we are today launching a six-week campaign to raise awareness of how we need to change youth sport and what parents, coaches and administrators can do to contribute to this. To support them, Sport NZ has also launched the balanceisbetter.org.nz website, which provides information and resources for those delivering grassroots sport.”

Those changes to youth sport, which include encouraging young people to play multiple sports rather than specialising early, and an emphasis on fun and development over winning, also continue to be driven by Sport NZ and the five sports.

An additional five sports will sign the Statement of Intent in March, after working closely with Sport NZ since September.

Hockey NZ Chief Executive, Ian Francis commented “we know that by standing and working together we are sending a strong message that there are aspects of youth sport which have to change, and it’s exciting that five more sports have committed to driving their own changes and standing with us.”

In addition, Sport NZ is making committing to the philosophy of the Statement of Intent a condition of its investment into national sport organisations from October this year.

NZ Cricket Project Lead, Martin Snedden also advised “this is a powerful statement from Sport NZ about the importance of these changes. It will take time and a lot of consultation within each sport for big changes to flow through, but having all sports stating their commitment to change sends a strong message to those involved in the delivery of youth sport

Since September, each of the five sports has implemented changes that are already making a substantial positive impact on the way young people experience sport in New Zealand. 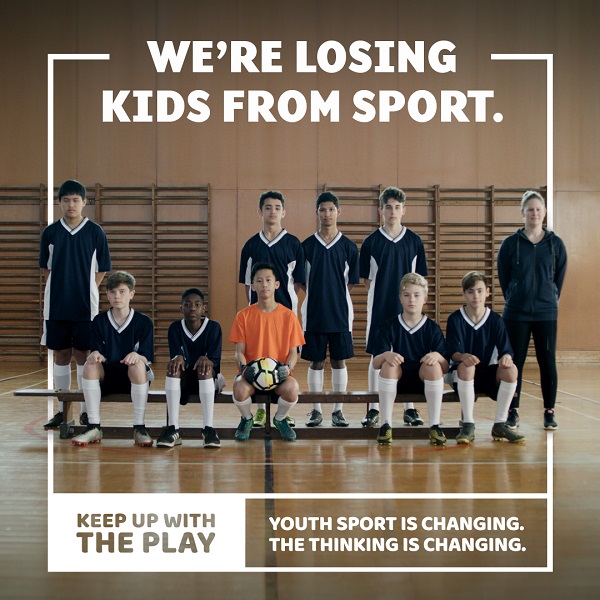 Rugby has recently made changes at both a provincial and national level. In November last year the Northern Region Rugby Council announced it would no longer undertake representative Provincial Union based initiatives below the Under 16 age group, while nationally New Zealand Rugby (NZR) has also introduced new programmes for junior rugby to reflect the changing needs of young people. These include the introduction of non-contact forms of rugby into older age groups including teenagers, and 10-a-side rugby for Under 11s.

NZ Rugby Chief Executive, Mark Robinson added “the changes we and other sports are implementing will have significant impact, but the outcomes we’re seeking require a much bigger team effort from the wider sporting community. That’s why we need to encourage those delivering sport at grassroots level to look at ways they can play their part too.”

The six-week public awareness campaign being delivered by Sport NZ and the five sports involves:

• Two groups of advertisements - one highlighting how thinking around youth sport needs to change and another profiling sporting identities (e.g. Jeff Wilson, Temepara Bailey) who are living proof these changes work.
• Additional publication of this content through the social and digital channels of Sport NZ and the five sports, with additional support from other sports and Regional Sports Trusts.
• A series of media announcements and events.
• A program of regional forums to engage regional sporting bodies, schools and clubs.

To find out more about the campaign visit keepupwiththeplay.org.nz