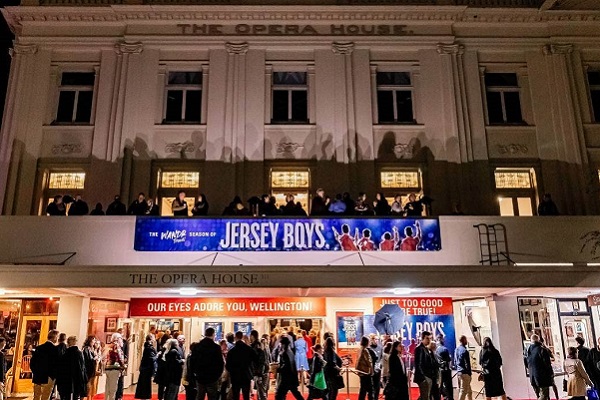 A new trust has been created to drive the return of major musical theatre productions to Wellington.

Created by chairwoman Sandy Brewer and three other trustees - Sue Windsor, Carol Reed and Paul Gadd - the Capital Theatre Trust has been created to fill what Brewer believes is a void of major musical theatre in New Zealand’s capital.

Earlier this month, Brewer advised “there’s been a drought”, adding that the ongoing run of hit musical Jersey Boys at Wellington’s Opera House had broken the dry spell.

Brewer said Wellington had been missing out on large productions like Les Miserables, which were attracted to other centres around the country. There was pent-up demand for such productions, both among audiences and those involved in their creation.

She cited the last large-scale locally produced shows as being Evita in 2015 and Sister Act in 2016.

Set to present its first major musical theatre show at the St James Theatre, the Trust aims to champion theatre and music in Wellington, backed by commercial acumen to ensure its longevity.

Planning to stage to put on at least one major musical theatre production in Wellington a year, Brewer told the Stuff website “we need to make sure we’re not a one-hit wonder. [We want to be] part of the landscape for a considerable number of years going forward. ... It’s also really important this is a Wellington initiative, driven by the people for Wellington.”

Brewer, who has been involved in producing musical theatre for more than 30 years, said knowing the theatre landscape meant the trust would be able to capitalise on the “perfect storm” that had seen it established.

With the St James Theatre - which is currently being earthquake-strengthened and refurbished - likely coming back online within the next year, the Trust saw it as being a particularly apt time to stage its debut production.

Brewer said there were world-class theatre and performance educational facilities in Wellington, including Te Auaha and Toi Whakaari, but after years of training graduates had next-to-no local opportunities to implement musical theatre experience in a real-world environment.

She went on to advise that the Trust would aim to stage big shows with large budgets in the capital’s major venues, for “full-experience”, full-scale musical theatre productions.”

It would also work to develop a long-term strategy to support the region’s junior theatre practitioners, including high school-aged students.

Set to seat up to a thousand people and will open by 2023.

Wellington City Council has budgeted $5.2 million to help retrofit the space which is used now by Capital Gymnastics - with that club to move elsewhere in the complex.

While the total cost of the conversion remained unclear, Wellington Mayor, Andy Foster but the rest of the funding would come from “other entities” within the capital’s arts sector.

Mayor Foster stated “there is a gap in venues that seat between four hundred and a thousand people, and this fills that gap.”

A recent report by sport and entertainment consultancy Gemba found the city’s existing venues did not have enough range, particularly for live music, comedy and smaller performing arts.

It also found a lack of venues that could host audiences of between 500 and 1000 people, and more than 6000 people.