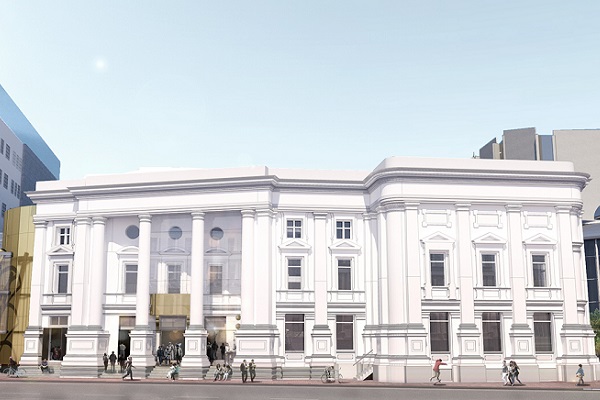 Fundraising for the planned National Music Centre in Wellington’s Te NgÄkau Civic Square is well on track, with the total now at $18 million.

The campaign has been boosted with the gift of $1 million from well-known Wellington entrepreneur and philanthropist Chris Parkin, announced at a dinner yesterday in support of the centre, held at Victoria University of Wellington. Parkin’s gift includes commissioning a significant artwork by a contemporary New Zealand artist.

Dame Kerry Prendergast, Chair of the joint fundraising committee, stated "we are now even closer to realising this once-in-a-lifetime opportunity to transform Wellington Town Hall and the surrounding precinct.”

Under a 25-year lease the university's NZSM, with the NZSO to be based at the centre which also includes the Wellington Town Hall and Michael Fowler Centre.