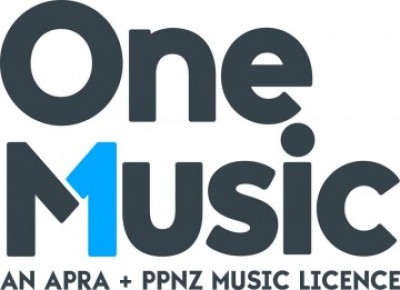 The coming together of the Australasian Performing Right Association Limited (APRA) and PPNZ Music Licensing to create a world-first, single music licence is set to benefit businesses across New Zealand.

The recently launched single comprehensive music licence created by APRA and PPNZ, called OneMusic, allows businesses and organisations up and down the country to play music in public without the frustrations of the old two-licence system.

PPNZ Chief Executive, Damian Vaughan, says the OneMusic idea was born from customer feedback, stating "our customers were telling us the old two-licence model was confusing.

"APRA and PPNZ represent different rights holders, we operate differently and calculate fees in different ways. Too many customers were not even aware they needed both licences. So we're now dealing with the complexities behind the scenes. That's our job."

A major advantage to it, he says, is that it will be backed up by a comprehensive online service.

Healey explains "by APRA and PPNZ coming together our customers can now go to one place ... to calculate their fee without having to deal with complex paperwork.

"An online payment service will also be ready to go shortly."

Healey adds that the amount a business pays to use music under the new OneMusic licence will also be calculated by a much-simplified method. For instance many businesses will be licensed based on their size per square-metre. How a business uses music - whether it's featured or background - will also be taken into account.

New Zealand Restaurant Association President Marisa Bidois says the new product is a vast improvement, stating "we support anything that means compliance issues don't get in the way of business.

"This new process means our members can get a music licence quickly and easily and we're very happy APRA and PPNZ have heard us on this issue."

Healey says that once all licensees have moved over to the new system, APRA and PPNZ will be in relatively the same financial position as they were before.

Healey added "we want to make music work for business and this is our honest attempt to deliver the most efficient music licence possible. We want a reasonable return for the music makers that is also fair for businesses using our members' music. Any eventual growth will be through a greater take-up of licences, which makes it more equitable all round."

Welcoming the move, Fitness NZ Chief Executive Richard Beddie stated "we are pleased with the move to a more simplified music licensing system.

"For fitness businesses it will make payment and processing easier (with) OneMusic licence being far simpler for club owners and managers rather than trying to figure out who to pay and for what."

Albertson explained "not everyone has known they needed two music licences and indeed sometimes it seemed over the top to be charged twice to play music. We've had a look at how much our members will be paying now based on the OneMusic calculations and it seems reasonable."

Healey says that once businesses are licensed they'll receive a OneMusic sticker to show their customers that music rights' holders have been paid and they're fully licensed to reap the benefits of playing music.

"We're really happy to have heard so clearly what our customers want and to deliver a range of new licence options that are simple, fair and reasonable for everyone."

The Australasian Performing Right Association Limited is an association of music writers, composers and music publishers, who as members, have assigned to APRA the broadcasting, public performance and communication rights to their works, so that a single central authority exists to which those wishing to obtain permission to perform musical works in public may apply for a licence.

The range of musical works within APRA's repertoire extends to virtually all musical works irrespective of the country of origin.

PPNZ Music Licensing is a division of Recorded Music NZ Limited, and was established in 1957 to obtain fair compensation for recording artists their labels for their public performance rights. Representing many thousands of artists and record companies both locally and internationally, PPNZ licenses recorded music (sound recordings) for public performance, broadcast and new media/on-line (communication).

Due to PPNZ's extensive representation, music users are able to obtain a licence for the use of recorded music comprising many millions of recording tracks covering many genres of music and languages.

For more information go to www.onemusicnz.com