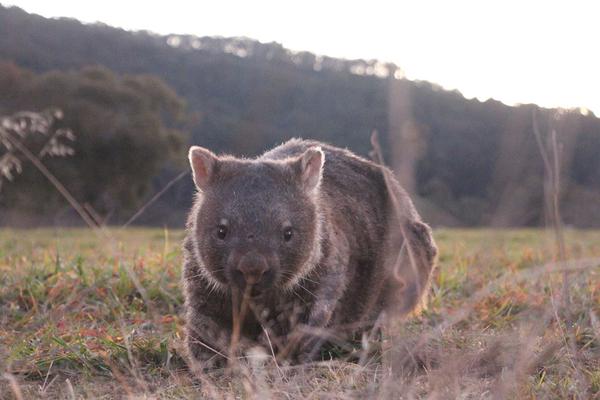 The survival and protection of Australia’s wombat population is being boosted by the introduction of new technology financially supported by Emirates Airline and Emirates One&Only Wolgan Valley resort.

The new WomSAT app and website were created by the University of Western Sydney and partly-funded by Emirates and Emirates One&Only Wolgan Valley. The app uses the in-built GPS system of any smartphone and allows users to report wombat sightings and record the animal’s health.

This information is uploaded to a national map which will help identify wombats under threat from a parasitic mite causing Sarcoptic Mange and associated skin infections that are threatening their survival. The website also allows users to log the location of wombat sightings as they happen and provides detailed information on the symptoms to look out for.

In 2008, researchers from the University of Western Sydney (UWS) approached Emirates to use the resort in Wolgan Valley and its vast property in the greater Blue Mountains to help conduct their vital field research, including the monitoring of the local wombat population. For the past eight years, Emirates has provided UWS researchers with a key location for wombat research and in 2014, stepped in to provide the crucial financial support needed to create a new website that aggregates all key wombat sightings and data that is sent from the WomSAT app for researchers to then analyse.

Emirates One&Only Wolgan Valley is committed to conservation and sustainability and is the only Australian resort in recent history to receive permission to build in such close proximity to a World Heritage Area. The 2,800 hectacre carbon-neutral resort undertakes a wide-range of conservation practices that focus on the protection of regional biodiversity, the restoration of habitat and helping to re-establish and secure a future for many of the region’s native and endangered species, including wombats.

UWS Associate Professor Julie Old, who has been leading the research, explains “the picture of wombat behaviour painted by the WomSAT data will help us find ways to manage and put strategies in place to reduce other threats such as motor vehicle collisions,” says Associate Professor Julie Old from the University of Western Sydney, who has been leading the research, explained “WomSAT is a practical way for people to participate in science and help protect one of our most loved Australian native animals.” 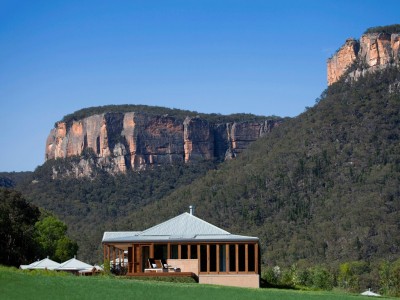 Both Emirates Airline and Emirates One&OnlyWolgan Valley have donated a combined $10,000 to help fund the development of the WomSAT technology.

Michael Payne, General Manager, Emirates One&Only Wolgan Valley added “WomSAT is a giant leap forward when it comes to the protection and ultimately, survival of the native wombats that call this beautiful part of the world home.

“Conservation and sustainability is at the heart of everything we do at Emirates One&Only Wolgan Valley, and we remain committed to supporting research programmes that will not only educate the wider public but also make a difference in preserving our unique fauna and flora.”

The University of Western Sydney acknowledges support for WomSAT from the NSW Department of Primary Industries and the Invasive Animals CRC.

There are three species of wombats in the world, and they are only native to Australia: 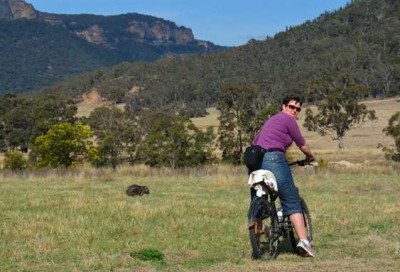 Wombat facts from the University of Western Sydney:

• Wombats are marsupials. The females have a backward facing pouch.Baby wombats are called joeys. They are born furless and weigh as little as 0.32 grams and are less than 2cm in length. Fur does not begin to grow until they are four to five months old. Wombat joeys stay in the pouch until nine to 10 months old.
• Wild wombats live for up to 14 years. In captivity they live up to 26 years.
• Wombats grow to one metre long and weigh up to 40kg.
• Colour can vary from grey or black to sandy brown.
• Top speed for a wombat is 40 kilometres per hour which they can do for up to 90 seconds.
• Present-day wombats are the closest surviving relatives to Diprotodons – a ‘three tonne giant wombat’. They were part of the Australian megafauna and were the largest marsupials to walk the Earth, measuring up to 3.8m long and 1.7m tall.
• Wombats are herbivores. They eat native grasses, such as tussock grass (Poa spp.) and kangaroo grass (Themedatriandra).
• Wombats are hypsodonts, meaning they have continuously growing teeth. This allows wombats to consume coarse foods without wearing their teeth down to the gums. In total, wombats have two pairs of incisors, four premolars and sixteen molars
• Wombats are the largest burrowing herbivores in Australia.
• Wombat warrens may be shared by multiple wombats.
• Bare-nosed wombats build single-entrance warrens with tunnels up to 20m in length whilst southern and northern hairy-nosed wombats build multi-entrance warrens.
• Using porthole cameras scientists have mapped a warren belonging to the southern-hairy nosed wombat; the warren had 28 entrances and was made up of 89 metres of tunnels.

For reservations or more information on Emirates One&Only Wolgan Valley go to www.oneandonlyresorts.com.