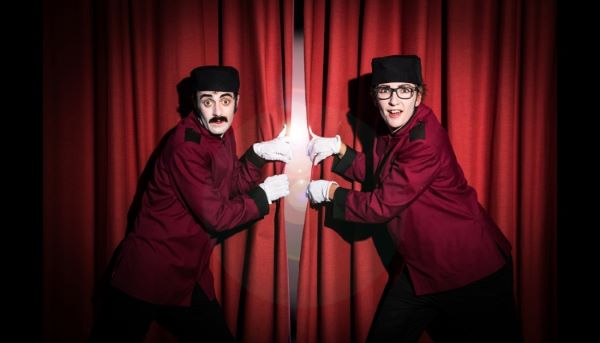 Ahead of the Hawke’s Bay Opera House re-opening this weekend, Hastings District Council has introduced a name and brand for the overall arts and culture complex.

Advising that her team was inspired and excited by the name, Toitoi Manager, Megan Peacock-Coyle stated "this is a new type of venue for our city and a new generation of venue in New Zealand.

“Toitoi will be the performing arts and events hub for Hastings and will enable community access and participation in the performing arts, events and cultural activities. This is going to create some amazing opportunities for cultural expression and pride.”

Many groups and individuals have been part of the process of finding a name for the complex, which has never before had one name encompassing all its parts.

Speaking last year when the new branding was announced, Hastings Mayor Sandra Hazlehurst said it was another exciting step in the journey of the Hawke’s Bay Opera House towards completion and opening, adding "this will give our beloved venue a national and international presence, as well as bring our community together to celebrate our culture and talents.

“With the upgrade of the whole precinct our community will have more than just an Opera House, it will be a world-class performing arts centre."

History and Heritage
The name, with its Māori and English components, gives an identity to the complex that conveys a sense of people, place and purpose to audiences and future users on a local, national and international stage.

Toitoi is a Māori word meaning the pinnacle of achievement, and is linked to ideas of excellence, encouragement and motivation. It is also ascribed to the quick movements of fish and birds and, from there, styles of dance and song that mimic them.

The word ‘toi’ means art and is often used alongside other words in the naming of arts-based organisations. 'Toi Toi Toi', an Italian expression derived from Old German, is an exclamation in the performing arts world (most often in opera) used by performers to wish each other good luck.

New Zealand Prime Minister Jacinda Ardern was a special guest at the venue last week, enjoying an exclusive preview of the facility ahead of its official opening.

Main image: Wellington’s Barbarian Productions presents Grand Opening, in a back-to-front theatrical experience. During this 45-minute tour, attendees will move from room to room through the freshly refurbished venue, finding secrets from theatre days past and catching a glimpse of what lies beyond the curtain. Grand Opening combines Barbarian’s passion for community collaboration with their love of grand-scale theatricality and celebration, in an event that showcases the grandeur of Toitoi’s architecture in a hilarious, radical way. Images courtesy of Toito Venues