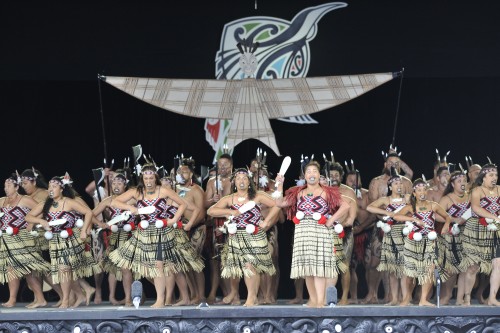 Three of New Zealand's major arts organisations will receive a funding boost from the latest New Zealand budget, with the New Zealand Symphony Orchestra (NZSO), Royal New Zealand Ballet (RNZB) and Te Matatini Kapa Haka Aotearoa will share $11.6 million of new operating funding over the next four years - a permanent increase of $2.9 million a year for the arts.

Commenting on the unexpected funding boost, New Zealand Arts, Culture and Heritage Minister Maggie Barry explained “all three of these Crown-funded organisations are producing truly world-class work and are part of our national culture. This new funding represents a significant, long term boost to their budgets, allowing them to push artistic boundaries and reach out to more New Zealanders."

The RNZB annual grant will increase by 23% to $5.4 million from 2016/17, enabling it to increase its touring programme, including the popular Tutus on Tour, and educational outreach work.

Minister Barry stated “I've attended several Ballet performances since becoming minister and it always impresses. It has a commendable funding model - around 65% of its revenue comes through its own box office, philanthropy and commercial partnerships.”

NZSO funding will increase from $13.4 million to $14.6 million from 2016/17, to allow it to perform more concerts and undertake more regional tours.

This will allow Te Matatini to increase community involvement in traditional Māori dance and promote its health and social benefits, as well as taking the best of kapa haka to the world as it did at the recent Edinburgh Military Tattoo.