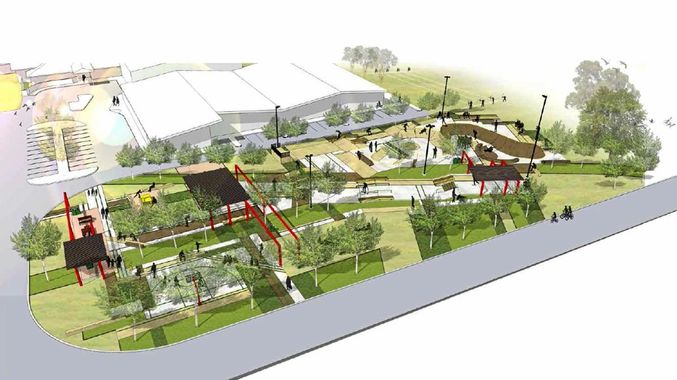 A new $2.2 million state-of-the-art skate park in North Mackay has secured its first major titles for the region even before it is built.

The facility, to be built near the Mackay PCYC, will host Rumble on the Reef 2018 in September.

Mackay Regional Council is currently assessing tenders for the project, which is due to be completed by August.

Mayor Greg Williamson said the fact a major event had already been locked in highlighted the potential of such a facility, commenting "young people are excited about using this new regional facility, but securing these championships shows the economic benefit it will also bring."

The event is being sanctioned as the Queensland Street Skateboarding Championships for 2018.

Mayor Williamson said the Council’s Invest Mackay Events Attraction Program was supporting the titles, adding "it will be a week-long event leading up to the finals on September 29, with plenty of opportunities for visitors to check out some of the region’s great natural assets."

He said it would also allow people from Mackay and North Queensland to see some of Australia’s best skateboarders at a new facility.

Fraser said the new skate facility would be a perfect venue, with the contest focused on the street discipline and a direct qualifier for the nationals in April next year.

He advised "the street course boasts an eight-stair with rails, wheelchair kicker ramp, Euro Gap, China bank with ledge, hips and many other obstacles."

The Rumble on the Reef 2018 skateboarding contest will contain a pop-up food court, grandstands, an 18-plus licensed area and competitor lounge.