80% of Mackay adults are overweight or obese 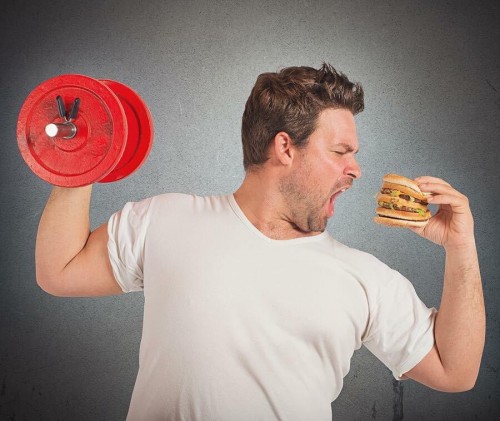 A newly released Cancer Council Queensland study ranks the north Queensland city as unhealthiest in the state in terms of weight, with overweight or obese adults comprising 83.4% of its population.

The north represents the best and worst in the Progress in Australian Regions data, with Cairns named the lightest community with 51.5% of adults listed as overweight or obese.

Townsville was named as the city with the fastest-growing obesity rate over an eight-year period, while in greater Brisbane 62.9% of the greater population is overweight or obese.

The Cancer Council Queensland released the figures after analysing a national report into regional areas.

Based on the findings, the ABC reported that Australian Medical Association (AMA) Queensland President Dr Bill Boyd, who is based in Mackay, renewed the Association's calls for the Federal Government to impose a tax on sugar-sweetened drinks.

Dr Boyd advised "it worked on cigarettes (and) we know sugary items … are right there in the supermarkets and people are putting them into their shopping baskets and consuming way too much.

"The AMA is hoping that if the Federal Government will put a tax on sugar it will discourage them from eating too much."

However, Federal Minister for Rural Health Bridget McKenzie echoed the Federal Government's ongoing statements ruling out a tax on sugar.

She advised "obesity is a complex condition with many interplaying factors determining whether an individual becomes obese or not, but at the end of the day it's about calorie intake being balanced against calorie output.

"Putting a sugar tax on junk food is not something as Rural Health Minister that I will be considering to address as an obesity issue.

"There's lots of ways we can assist with the obesity epidemic without just throwing money at it.

Dr Boyd said the Federal Government's reluctance to impose a tax was motivated more by politics than evidence, adding "the AMA will continue to push for a sugar tax.

"Clearly it's politically difficult and I suspect the politicians understand the AMA standpoint, but they won't do it because its dangerous to them.

"It does mean that sugar products will remain very accessible for the population and the problem will continue."

Greater Toowoomba was named as Australia's only region maintaining a statistically-significant decrease, down 22 per cent from a decade ago.

Kay Nyenuh, owner of Mackay's Muscle Gym, said the statistics did not surprise him.

Nyenuh told the ABC that the main difficulty people experienced in maintaining weight loss was related to diet rather than exercise.

He stated "there's no shortage of fitness in Mackay, there's lots of gyms around (but) the issue is education around what people should eat.

"You cannot outwork a bad diet.

"It doesn't matter how many times you're exercising per week. If you're not eating right, the weight is not going to come off.