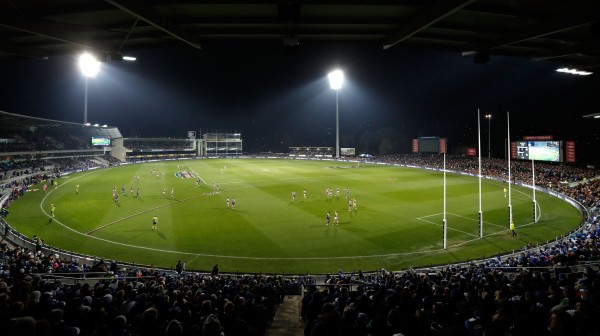 The North Melbourne AFL club are set to keep Tasmania as their home away from home, with the Kangaroos to continue to play games in Hobart for another five years.

Announced prior to the Kangaroos match against Richmond at Blundstone Arena (Bellerive Oval) last night (Friday 3rd June), North Melbourne will continue to play three games during the home and away season at the Hobart venue Oval over the next five years and also include plans to set up a development academy in Tasmania.

Announcing the deal, Kangaroos Chairman James Brayshaw stated “to extend the relationship we have down here is just fantastic.

“This is by far the best thing we've done in my time as chairman of the footy club."

AFL Chief Executive Gillon McLachlan commended North Melbourne and the Tasmanian government for striking such a lengthy commitment, commenting “it does feel like a ground breaking day for AFL in Tasmania.

"It's a deep partnership, the start of a new dawn."

North's existing two-year Hobart contract has been funded by the state-owned TT-Line, which operates the Spirit of Tasmania ferries, and the Hobart City Council.

But the Council will not be a partner in the new deal, with the Tasmanian Government stepping in during negotiations to ensure the Roos' continued presence in the Apple Isle's capital city.

Tasmanian Premier Will Hodgman said he was looking forward to North continuing its strong commitment to the state.

Premier Will Hodgman explained "North Melbourne's work in both the community and of course on game day here in Hobart has been exemplary.

"Seeing the Roos secure a future here in the state is an exciting prospect for all Tasmanians."

North has also confirmed its involvement in working with the AFL and AFL Tasmania to develop elite football talent across the state.

McLachlan said the new deal would benefit the entire Tasmanian football community, adding “the extension of the deal is clearly a win for Tasmanian football fans and will also see the club help grow and develop the football pathway in conjunction with the AFL and AFL Tasmania.”

North is also committed to establishing its award-winning Huddle program in Tasmania, having worked with thousands of young people from migrant and refugee backgrounds at its Arden Street headquarters since 2010.

The Kangaroos' new contract matches the five-year deal Hawthorn signed in July last year to extend its tenure in Launceston until the end of 2021.

The club began playing games in Hobart in 2012, and now has has over 7,000 Tasmanian members, with almost 44,000 people attending the three games played at Blundstone Arena in 2015.