James Strong, outgoing Chair of the Australia Council for the Arts, says he and the Council members and management were all delighted with the appointment of Rupert Myer AM as Chair and Robyn Archer AO as Deputy Chair, as announced by Minister for the Arts, Simon Crean.

The appointments are seen as providing a powerful combination of business skills and contemporary arts practice, which will guide the Australia Council through a critical phase as it approaches the outcomes of the Australia Council review and the unveiling of the National Cultural Policy.

Myer is regarded as a leader in arts philanthropy and became a Member of the Order of Australia in January 2005 for service to the arts, for support to museums and galleries, and to the community through a range of philanthropic and service organisations.

"He has exceptional business acumen and an instinct for good governance.

"He understands the arts and, perhaps most importantly, believes in the centrality of the artist in the ecology of creative organisations, agencies and cultural institutions a belief which is at the core of all the Australia Council does." 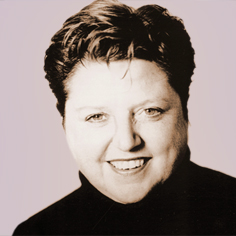 Archer is currently the creative director of the Centenary of Canberra in 2013 and last year was program director for the fifth World Summit on Arts and Culture. In 2001 she was the artistic director of the inaugural 10 Days on the Island festival in Tasmania, instantly establishing it as the state's premier cultural event.

Strong adds "Robyn's vision for the arts is inspiring, and it's her ability to turn that vision into something tangible that makes her one of the country's truly great artistic leaders. Whether she's singing, writing, directing a play or directing a festival, she consistently delivers excellence in art."

Archer succeeds John Denton in the role of Deputy Chair as his term concludes.

In relation to his Chairmanship, Strong concludes "it's been a rewarding time serving as Chair of the Australia Council. The board is a diverse and talented one and I would like to thank the members for their support during my terms.

"I leave knowing the organisation is in good hands, these are wonderful appointments."

The arts community paid respect to James Strong at an event at a weekend event at the Australia Council, with Cate Blanchett and Andrew Upton of the Sydney Theatre Company noting James' long term commitment to the arts. Other attendees included former arts Ministers Helen Coonan and Peter Garrett, who also read a statement from Arts Minister Crean congratulating Strong on his term as Chairman.