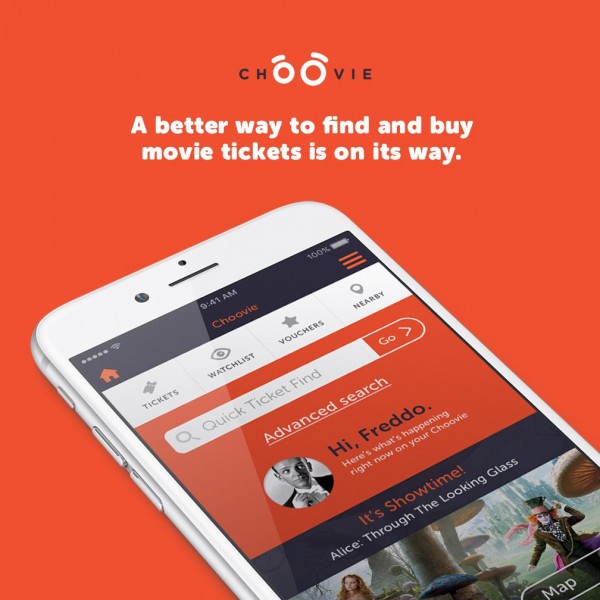 A recently launched Australia App which offers dynamic pricing for movie tickets has attracted more than 10,000 subscribers in just a few months.

Choovie, a Melbourne-based start-up which launched in March after two-and-a-half years of development, has been trialling in 20 independent cinemas and will soon have 11 more on board.

The app integrates with existing ticketing systems to fill up otherwise empty cinema seats, using pricing algorithms based on forecast demand to sell tickets that would otherwise go unsold.

According to co-founder Shane Thatcher the idea came when he and his partner Sonya Stephen realised more than 80% of cinema seats go unfilled.

Thatcher, a trained economist, told news.com “we are pretty common moviegoers, and we'd go to the movies and see fewer and fewer people in there.

"It would drive me nuts. It culminated in us dashing around a multiplex once to work out how many people were in there at quarter to six on a Wednesday. Out of 13 cinemas, there were 35 people."

To combat stagnating ticket sales - which have been falling on a per capita basis - cinema chains have been trying to maximise revenue per customer through higher standard ticket prices, premiume seating, 3D glasses and growing food and beverage sales.

Thatcher added “essentially the cinemas are saying, we're not getting as many people in, but we want to get more from them.

"Ticket prices have gone up, the offering is better, but it does go out of reach of the average person."

Choovie's goal in the next three years is to get 4-5% of the 90 million tickets sold every year in Australia.

Thatcher continued “in the background of Choovie is an algorithm that estimates the capacity for every single movie time and combination.

"If it's an obscure French film on Tuesday at 2pm, it's unlikely to be very busy, but if it's Friday opening night for Rogue One it's probably chockers.

"That's pretty consistent, so you can estimate how those demand profiles will look. So rather than it being a last-minute thing, it's set up in advance."

He said while they had expected younger consumer to be using the app, they were actually seeing an older demographic and a "a lot of families".

Thatcher advised “if you're sitting at home on the school holidays with four kids and you want to go to the movies, it's a pretty expensive proposition.”

According to the news.com.au report, Choovie bills itself as a "win-win" for the cinemas, with the app charging a standard booking fee of $1.25 per ticket.

However, Thatcher faces a considerable task in convincing the major chains to get on board.

According to market research firm IBISWorld, the three chains combined make up two thirds of the $1.7 billion cinema industry in Australia, with Event holding 28.7% market share, followed by Village Roadshow on 18.8% and Hoyts on 18.4%.

23rd May 2012 - DYNAMIC PRICING IN THE SPOTLIGHT: ARTS AND ORIGIN II