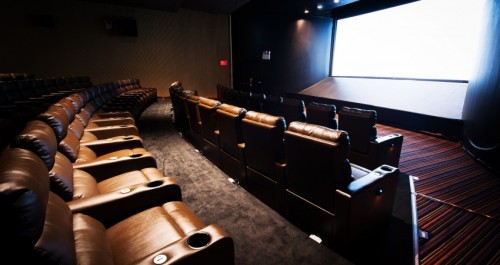 In a recent advisory note, Citi Research analyst Sam Teeger commented “in our view, Reading’s disruptive pricing could put pressure on ticket pricing across the whole industry as competitors respond with their own price cuts.

“Our analysis shows that Event, Hoyts and Village have responded to Reading’s pricing in certain markets.”

Those include discounted tickets for Event Cinebuzz members at cinemas including Parramatta, Top Ryde and Castle Hill (all NSW), where members can buy tickets for $10 and at other sites for between $8 to $12, lower prices at Village’s Geelong cinema - 14 minutes away from Reading’s venue at Waurn Ponds, Victoria - which now offers $11 tickets, and Hoyts reducing prices at three of its Adelaide cinemas to $10.

Teeger advised “we are concerned that this price pressure could have industry-wide implications, commenting that the competitive threat from Reading was set to increase, particularly in Brisbane, where a new eight-screen cinema at Newmarket is set to open later this year.

He added “the Reading complex will include a 10,000 square foot dining precinct, four restaurants have signed letters of intent to be part of it, with Reading aiming for four more.

“Reading is planning to open additional Australian/NZ cinemas over the medium term, with five new cinema deals approved at the start of this year.”

Commenting Reading’s introduction of premium seating, a trend that has seen the major chains move to increase revenue per customer that has led an increase in the top ticket price of more than 61% the past decade from $15.50 to $25, Teeger continues “‘premiumisation’ (Gold Class, VMax etc.) has been a tailwind for Village and Event in recent years and we see the increasing focus by Hoyts and Reading on premiumisation as a negative for Village and Event”.

Hoyts, owned by the Chinese entertainment giant Wanda Group, has now converted 53% of its cinemas to the new recliner format, and will continue to take market share from Australian-listed Village and Event as it offers a “superior product at a comparable price”.

Teeger said an underwhelming June 2017 quarter saw weekly box office growth in the second half of the financial year slowing to 1% over the prior corresponding period.

Teeger explained “this is a material slowdown from the peak of +20% in January 2017.

“We see disappointing movies and industry discounting as the primary reasons for the subdued performance.”

Citi recommends Event could improve its fortunes if it exits its German cinema business, which it estimates could be sold for $160 million to $270 million.

According to market research firm IBISWorld, the three main chains make up two thirds of the $1.7 billion cinema industry in Australia, with Event holding 28.7% market share, followed by Village Roadshow on 18.8% and Hoyts on 18.4%. Reading has a 6.1% market share.