Dynamic pricing in the spotlight: Arts and Origin II 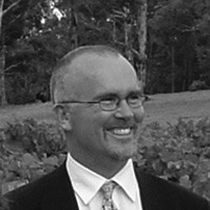 Dynamic ticket pricing, widely used in the airline industry, will be under the spotlight over the coming weeks in Australian arts and sport.

Used to great effect in the Major League Baseball season in the USA and rated as one of the top three sports business trends by Forbes Magazine, the second State of Origin rugby league match at ANZ Stadium, Sydney on 13th June will be the first Australian sporting event where variable pricing will be used to sell tickets.

Under the dynamic pricing system announced at the Sydney Origin launch in March, ticket prices opened for sale at the same price as 2011 to reward members and fans who purchase tickets early - with the best seats at their cheapest prices.

Prices are have increased closer to the event as demand has grown with the final increases across all categories to be implemented from 8pm today (Wednesday 23rd May).

To avoid a backlash from fans and media, the National Rugby League has urged fans to buy their ticket early.

The NRL is also expected to roll out dynamic pricing for regular season games as of the 2013 season.

Today also sees the start of the Australia Council for the Arts 2012 Marketing Summit at which a major Panel session will consider Dynamic Pricing in the arts, entertainment and theatre.

Led by Tim Roberts of ARTS Australia, the Panel session will explore how the revenue management potential of dynamic pricing holds great potential for the arts.

Roberts (pictured) will be joined on the Panel by Steven Baillie, Sydney Opera House; Alon Ellis, Deloitte Analytics and Amalia Hordern of The Australian Ballet.

The Dynamic Pricing Panel is being held on Friday.

Each year, the Marketing Summit brings together Australia's arts and cultural marketers for two days creative exchange and insights on contemporary arts marketing.

The eigth annual Marketing Summit is being held on 24th and 25th May at the Melbourne Recital Centre, located in the Southbank cultural precinct.

Dynamic Pricing was first explored in an Australasian Leisure Management feature in November/December 2010.

The for details on the eigth annual Marketing Summit go to www.marketingsummit.australiacouncil.gov.au/