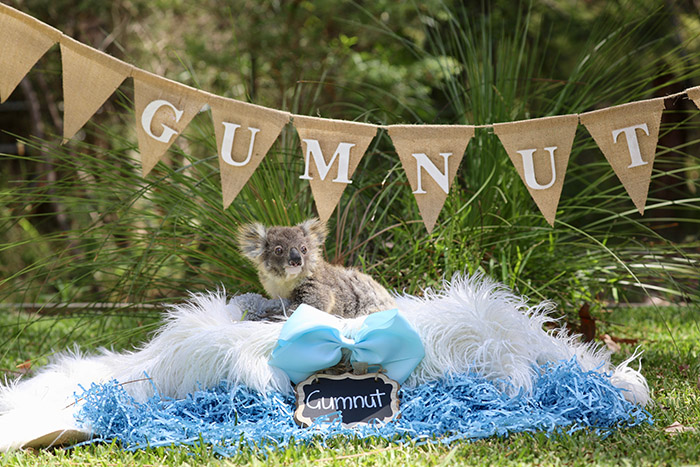 A name has finally been selected for The Australian Reptile Park’s most beloved koala joey.

After a long search between thousands of entries - with people commenting on the video, messaged the Facebook page, emailed the Park and even called in with their suggestions - the koala has been named 'Gumnut'.

After Gumnut’s mother was unable to provide milk and nutrition for the joey, Keeper Hayley took on the task of raising Gumnut and giving him a second chance at life. He has since been embraced all over the world, with people from all different countries taking their chance to name the koala. Other options included Mr Fluffy, Jeeves, Loki and Banjo.

Acting as a true sign of hope, the koala joey will act as an ambassador for the koala species and Australia’s native wildlife. With over 40 mammals that have become extinct, Australia is an incredibly important region as so many of the species found on the island continent are found nowhere else in the world.

At the current rate of decline, koalas are on track to become completely extinct by 2050. Koala numbers have plummeted by a third in the 20 years between 1990 and 2010 due to habitat destruction, deforestation, fragmentation, cars and dogs. The Australian Reptile Park has a population of over 35 koalas and is expanding with plans to move into a koala conservation project in the coming years that specifically assists the wild population. With the Park continually breaking records of their breeding numbers year on year, they will not stop until more is done to protect the iconic species.

Reptile Park General Manager Tim Faulkner stated “the Australian Reptile Park is tremendously thankful for all of the wonderful entries people sent in, and how they have embraced little Gumnut.

“Raising awareness for koalas is so imperative to us as their numbers are drastically declining. Australia has the worst mammal extinction rate on the planet and we need to do what we can to change this.

“Hopefully those who looked on affectionately to little Gumnut will take the time to look into some wonderful koala conservation facilities and pledge to help them."

Gumnut’s adoptive mother, Keeper Hayley Shute added “picking the name Gumnut was an easy decision, we all knew as soon as we saw it, that it fit perfectly. He is such an adorable little ball of fun and is now just becoming more curious with the world around him.

"I can’t wait to watch him grow up and eventually move into the koala enclosure with all our other koalas."