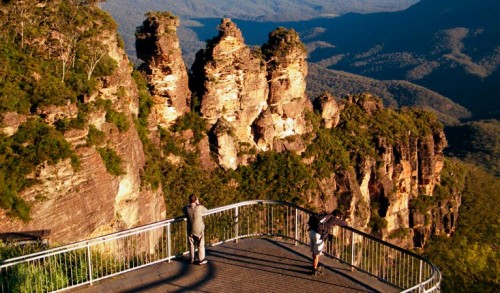 National Parks and reserves in NSW are more popular than ever, with a record 39 million visits made to national parks, reserves and estates last year - an increase of almost four million visits compared with the last report conducted in 2012.

The figures, released by Roy Morgan Research, also showed a jump in visits by children.

Commenting on the Roy Morgan Research, which tracks visits by Australians to NSW national parks, NSW Environment Minister Mark Speakman stated "with so many amazing parks to choose from it is no surprise that more and more individuals, couples, friends and families are choosing to spend their leisure time in a national park.

"The ... survey shows Australians made 39.1 million visits to national parks in NSW in 2014, with 7.7 million of them being made by children. That’s a 13.3% increase in visits by children since 2008 when the biennial survey began.

“The report also shows a 9% increase in adult visits since 2012, when the last survey was carried out.

“It’s great to see our visitors are also enjoying their experience, with 94 per cent satisfied with their last park visit, an increase of one per cent on the previous survey.

NSW Minister for Tourism, Trade and Major Events Stuart Ayres has also welcomed the report, commenting "these figures speak volumes about the impact our natural habitat has on tourism right across the State.

"Visitors who explore these regions also enjoy surrounding cafes, restaurants and accommodation providing a significant boost to the local economy.”

The top 10 NSW parks for domestic visits are:

Minister Speakman added "almost half the people who come to our parks go for a walk as their main activity, followed by water based recreation, touring and sightseeing and picnicking or dining.

“I commend the work of everyone in the National Parks and Wildlife Service: the rangers, the field staff and all our tourism partners who have contributed to this great result.