More than 100 drug arrests at Sydney Listen Out festival 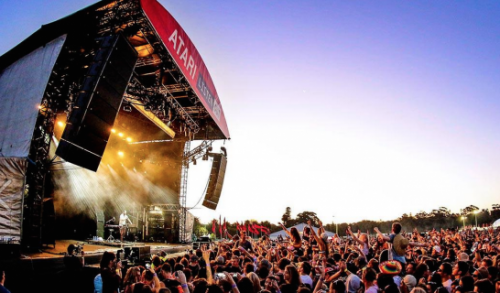 More than 100 people were arrested and charged with drug possession and supply offences at the Listen Out music festival in Sydney’s Centennial Parklands yesterday (1st October).

NSW Police said that the presence at the dance music event had led to the arrest of 116 people who were allegedly found in possession of illicit drugs. An additional 13 people were arrested and charged with alleged drug supply offences.

All those arrested have been charged.

As a crowd of more than 25,000 people enjoyed the music festival, officers from the public order and riot squad, the dog unit and mounted unit patrolled the event.

Despite the number of arrests, Superintendent Karen McCarthy said she was happy with the overall behaviour of attendees, stating “most of the festival goers were able to enjoy the featured acts safely and without the dangerous effects of illicit substances or anti-social behaviour.

"People need to realise that high-visibility police operations are par for the course at major music festivals. If you bring illicit drugs to these events, chances are you will be caught.

"The organisers put together a well-run event and we will continue to work with them in the future to help ensure music-lovers can attend in a safe, drug-free environment.

The NSW Government has previously threatened to shut down music festivals if drug use continues.