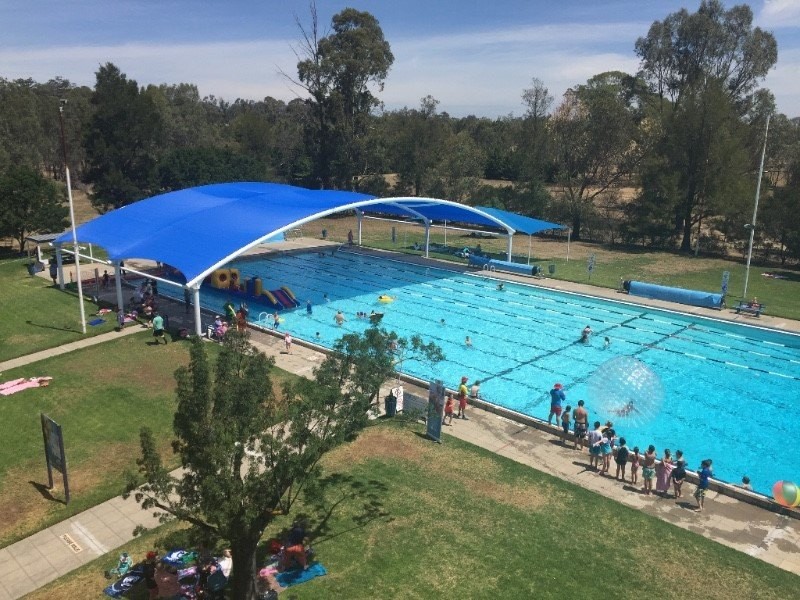 The Council's three outdoor pools - the Seymour War Memorial Outdoor Pool, the Tallarook Outdoor Pool and the Broadford Outdoor Pool - recorded a total attendance for the 2016/17 outdoor pool season of just was 11,907, a decline of almost 3,000 fewer visits (21%) than the previous summer season.

The Seymour War Memorial Outdoor Pool was the most highly attended facility, with 6,469 people passing through the gates, while Broadford had 3,168 attendances and Tallarook had 2,270.

The Riverine Herald has reported that this year, Mitchell Shire changed the weather trigger for opening the outdoor pools as a cost-saving measure, meaning the pools only opened if the weather forecast was 26°C or above. December, in particular, was much cooler than previous years — only six days in December was the temperature above 30°C, compared to 18 for the same month the previous season.

Commenting on the decline in usage, Mitchell Shire Mayor Rhonda Sanderson "I would like to thank all those who visited the pools this summer, as well as the Friends of Tallarook Pool, Mitchell Youth Services, Mitchell Leisure Services and many of our local schools and swim clubs who ran additional successful events or programs this season.

"I would also like to acknowledge the hard work of the Seymour War Memorial Outdoor Pool Reference Group, which was formed this season to look at ways of increasing usage of the Seymour pool.

"This group was a major success and their ideas have been fed into a master plan for the pool that is currently being developed."