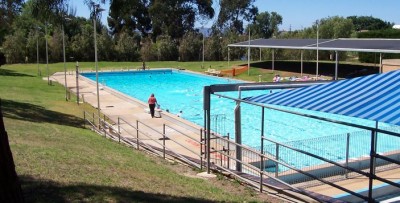 A community campaign is seeking to overturn a decision by the Ararat Rural City Council to permanently decommission the Ararat Olympic Outdoor Pool.

Councillors recently voted to decommission the outdoor pool, which has been closed for over a year, baulking at funding an estimated $2.5 million bill to repair the facility.

Built shortly after the 1956 Melbourne Olympics, the Council plan to demolish the facility and replace it with splashpad//water spray ground.

However, a local campaign is calling for the Council to rescind its decision, with 200 concerned community members this week attending a Council meeting in support of resurrecting the pool.

Part of the campaign to reopen the pool, Councillor Gwenda Allgood told local media "the Ararat Outdoor Olympic Swimming Pool was built by this community for this community and I really do believe (that) we should be refurbishing that pool."

Councillors fear that refurbishing the Pool would lead to a 4.5% rate rise but have agreed to further investigate options to reopen the pool and delay its demolition.

Ararat has regularly been dubbed 'Australia's Fattest City' and features in the current series of The Biggest Loser.

The Facebook community for the Save Our Pool campaign can be viewed at https://www.facebook.com/pages/Save-the-Ararat-Outdoor-Pool/337140342982650