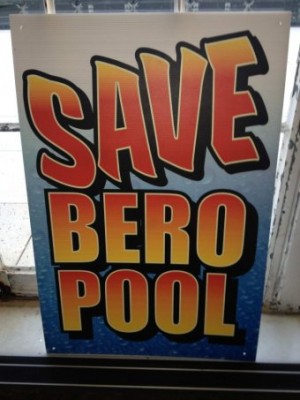 Advocates objecting to Newcastle City Council plans to cut operating hours and increase admission prices at the Beresfield and Stockton Swimming Centres have welcomed a change of heart by the Council.

After a series of public protests, Newcastle City Council General Manager Ken Gouldthorp has announced that both pools would stay open until 5pm on weekends at least until Australia Day to give residents a chance to show there is enough demand to warrant the cost.

Facing a major budget deficit, Newcastle City Council has planned to close the pools at 3pm on weekends over summer.

Beresfield Swimming Club President Greg Skinner welcomed the move by the Council and believes that residents will continue to back the pools through summer.

Skinner explained "it's exactly what we were after."

The Council now wants more patrons to use the facilities long-term, with Gouldthorp stating "the extended hours will be in place until Australia Day and we will review attendances to see if the extended hours need to be maintained.

"This decision will provide the opportunity for (users) to demonstrate how important they are through attendance numbers.

"It needs to be very clear that the continuation of these hours will depend on patronage."

Hundreds of residents had protested about the plans to cut operating hours and increase admission prices.

Future management of the Beresfield Swimming Centre may be undertaken by the Beresfield Bowling Club, with the Club indicating that it would consider partnering with Newcastle City Council to run ageing facilities in the suburb, including the swimming pool.

A Council masterplan for the precinct surrounding the club, which includes the pool, ovals, tennis courts and club houses, is due for completion next year.