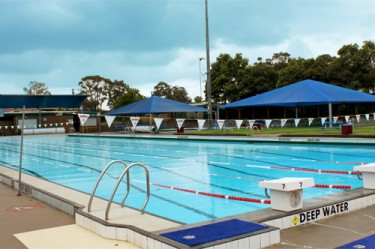 Pool users in Newcastle have been protesting against the City Council's plans to cut operating hours and increase admission prices at its public swimming pools.

Facing a major budget deficit, Newcastle City Council plans to reduce opening hours and raise entry fees at its Beresfield, Lambton and Mayfield Pools and at the Stockton Swimming Centre.

However, users and residents have objected to the plans leading to protest that have included 150 people rallying at the Stockton Swimming Centre, and a sit down protest at the Beresfield Pool.

During the Stockton Swimming Centre protest, representatives of protest groups from Beresfield and Mayfield Pools joined local speakers, contrasting the plight of their pools with the Councils $4 illion allocation to revamp the Merewether Ocean Baths.

Mayfield Pool's Liam Phelan told the Newcastle Herlad that said people paid rates for community services and there was nothing to say a pool had to absolutely run at a profit.

Phelan stated "if they do want them to run at a profit, then slashing operating hours and jacking up prices seems a strange way to do it."

Beresfield Swimming Club President Greg Skinner cites Beresfield Pool users' concern at the discrepancy between the opening hours of their pool and other inland pools at Mayfield, Stockton and Wallsend.

With plans to close the Beresfield Pool at 3pm on weekdays, Skinner stated "we want parity with our sister pools.

"Each pool has taken a cut, but why should Beresfield be singled out? The hours are comparative now, but they will move to extended peak season hours and we will remain reduced."

Skinner also told the Newcastle Herald that pool users were also disillusioned at the discrepancy between spending on coastal and inland pools, adding "there's penny-pinching for tens of thousands going on at inland pools while they are spending millions on Merewether Baths.

"The ocean baths are free; not even a gold coin donation. But we are paying top dollar."

In June this year, a Newcastle City Council paper said attendances at council pools had dipped by 16% over the past 13 years, with Stockton running at a deficit of about $300,000 a year an effective subsidy of more than $9 per visit.

However, an editorial in the Newcastle Herald has backed the protests, stating "the residents of Beresfield are asking why their pool should be hit with deeper cuts than the other three council suburban pools at Stockton, Mayfield and Wallsend.

"Given their distance from the ocean, the Beresfield residents have a point, but as a protest at Stockton Swimming Centre made clear ..., all of Newcastle's inland pools are community assets that provide a valuable and essential service.

"(While) losses may well be unsustainable ... pool users are adamant that lower entry fees would quickly boost turnover.

"Even allowing for inflation, $4.80 for a visit to the pool and $5.20 at Lambton seems a hefty price, especially if the Council wants to increase patronage."

For more information go to www.newcastle.nsw.gov.au/recreation/swimming_centres