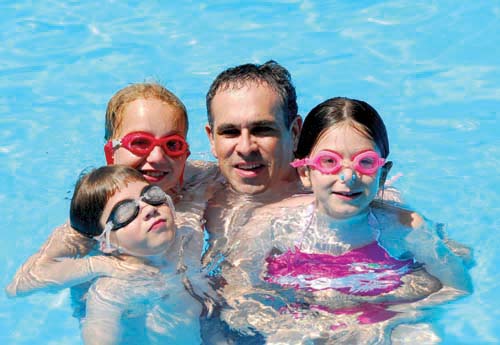 Based on data from 321 aquatic centres and 100 'dry' centres collected over the last three financial years, CERM PI's benchmarks show that the median total visits to aquatic, recreation and sport centre range from 12,879 visits a year for smaller outdoor pools under 1,500 metre² in size to 829,262 visits a year for the larger centres (6,000 metre² and over) that have indoor pools but no outdoor pools.

Of the 321 aquatic centres that contributed data over the last three financial years, 50% were located in Victoria, 34% in NSW, 10% in Queensland and 4% in Western Australia.

All benchmarks published in the 2014 CERM PI Bulletins are the medians for the middle performing centre in that grouping for a specific benchmark.

A selection of the 2012-14 benchmarks (medians) for the aquatic centre groupings show clear trends according to centre size.

In addition to visitation, the median expense recovery (101%-102%) indicates that a half of the larger centres with indoor pools (6,000 metre² and over) generated operating revenues to balance their operating expenditures.

In contrast, the middle performing centres with only outdoor pools generated operating revenues to cover only 43% of their operating costs.

CERM PI is a research project in the Centre for Tourism & Leisure Management, UniSA Business School, at the University of South Australia.

For more information on or to subscribe to the CERM PI Project contact Raylene Jones of the University of South Australia on 08 8302 5321, E: raylene.jones@unisa.edu.au, www.unisa.edu.au/cermpi

29th August 2014 - VENUESWEST IN TUNE WITH ITS CUSTOMERS