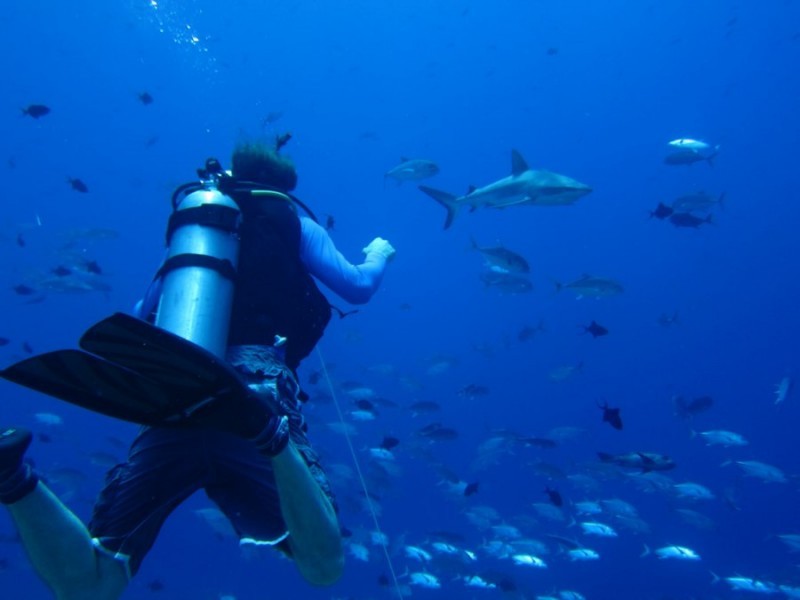 Shark tourism is worth $18 million annually to the Pacific Island nation of Palau according to a new study. Additionally, a single reef shark can contribute almost $2 million in its lifetime to the economy of Palau.

The new study by the Australian Institute of Marine Science (AIMS) and the University of Western Australia quantified the economic benefits of the shark-diving industry to the Pacific island nation and found that its value far exceeded that of shark fishing. The possession, sale or distribution of shark fins in Paul has been banned since 2009.

"Because of their low rates of reproduction and late maturity, shark populations have been driven into a global decline due to fishing. Yet our study shows that these animals can contribute far more as a tourism resource than as a catch target."

Shark diving accounts for about 8% of the tiny Palau's GDP and 14% of its business tax base. It also generates more than a million dollars annually in salaries.

In 2009, the tiny island state became the first country in the world to declare all of its territorial waters to be a shark sanctuary, followed last year by Honduras and The Maldives.

"Shark tourism can be a viable economic engine," said Matt Rand, a shark expert at the Washington-based Pew Environment Group, which commissioned the research.

"This study provides a compelling case that can convince more countries to embrace these animals for their benefit to the ocean and their value to a country's financial well-being."

About a third of open-water sharks face extinction, according to the International Union for the Conservation of Nature (IUCN).

Regional studies have shown that when shark populations crash the impact cascades down through the food chain, often in unpredictable and deleterious ways.