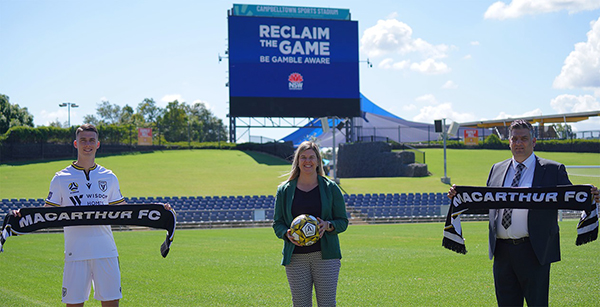 Under a new partnership with the Office of Responsible Gambling, the A-League club Macarthur FC and Sydney Swans have pledged to raise awareness of gambling issues and turn down gambling sponsorships - as such, fans of the two high-profile NSW sports teams will soon be able to enjoy games free of betting advertisements.

Aside from not accepting any sports betting sponsorships, the clubs have also committed to educating their staff, players, and fans about the risks associated with gambling.

Natalie Wright, Director of the Office of Responsible Gambling, said it’s exciting to see other codes join the initiative and notes “we now have four major agreements across three of the most popular codes after starting with cricket. That really speaks to clubs recognising their role in looking after their fans and their communities.

“Sport is a big part of our Australian culture, and it should be enjoyed without having to experience gambling advertising as part of a match.”

Sydney Swans Chief Executive, Tom Harley advised that the club was thrilled to be working in partnership with the NSW Government’s Reclaim the Game initiative to raise awareness of the risks associated with gambling adding “the focus of our partnership is on addressing the normalisation of sports betting and as part of this, Swans matches at the SCG will not feature gambling advertising or sponsorship.”

Gino Marra, Chairman of Macarthur FC, said that as a new club, they wanted to show their support for the Macarthur region and their passionate fanbase.

Marra noted “as a club, we want to ensure we are looking after the wellbeing of our members, fans, and the wider community. This partnership does just that.

“Our fans have got behind us in this first season, and we are excited to get behind them, too. The club, including our players, coaches, and staff, are passionate about raising awareness on this important topic.”

The Office of Responsible Gambling is in discussions with other sporting codes and clubs and hopes to announce more sign-ups to Reclaim the Game throughout the year.