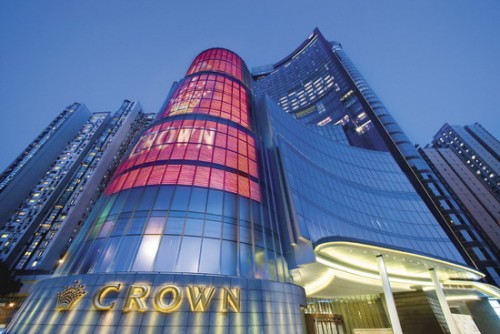 19 Crown Resorts staff, including three Australians, have pleaded guilty to 'gambling crimes' at a court in the Chinese city of Shanghai.

Australian Jason O’Connor was sentenced to 10 months in jail and compatriots Jerry Xuan and Pan Dan each received nine months.

The group, all 19 of whom have been detained since October, were convicted under article 303 and 25 of Chinese criminal law, which relate to deriving profit from gambling as a main income and organising gambling parties.

They are expected to be released from jail in the next two to three months reflecting time already served.

In all, 16 of the 19 defendants, two of whom are no longer Crown employees, were fined a total of $1.67 million, which Crown will pay ex gratia, the company said.

Of those who were fined, Crown said 11 were also sentenced to nine months' jail and five to a period of 10 months.

Casino gambling is illegal in mainland China and agents are banned from organising groups of more than 10 Chinese citizens to gamble abroad.

According to Chinese law, anyone who "runs a gambling house or makes gambling his profession" can face up to three years in prison.

The industry has been known to skirt the ban by touting destination packages rather than gambling, particularly as Chinese President Xi Jinping's ongoing corruption crackdown has deterred some gamblers from the Chinese gambling enclave of Macau.

Crown sold its interests in the major gambling destination of Macau in May to concentrate on its Australian operations.

Image: Crown's former casino in Macau, inw which it sold its interest in May.