Australia’s live performance industry went into decline in 2015 with revenues decreasing by 6.7% and attendances dipping by 0.9% decrease compared to 2014.

The annual survey, the most comprehensive survey of ticket sales for Australian live performance events, also showed that consumers benefitted from a 4.7% decline in average ticket prices.

This supplementary data, while not a comprehensive survey of regional and metropolitan venues, shows 1.56 million tickets were issued to 7,736 live performances at regional and metropolitan venues generating revenue of $43.6 million in 2015. Including the supplementary data, the live performance industry contributed $1.45 billion in revenue and 19.94 million in attendance.

Richardson stated "these figures underscore the economic and cultural value of the live performance industry for millions of Australians – but the Turnbull Government hasn’t always matched this with policy direction or commitments.

"Instead, we have seen cuts to Australia Council funding for small to medium organisations, and more recently massive and unjustified increases in visa fees for large international touring groups.

"We strongly believe that the Government needs to support greater investment in our industry which creates jobs, employs more than 34 000 people, generates significant economic activity and enriches the cultural lives of millions of Australians.

"At the very least we require more effective consultation with Government Ministers and Departments well before any changes that may affect our industry are considered.”

While contemporary music continues to be the largest contributor commanding 34% of revenue and 30.2% of attendance, the sector saw a significant 21% decline in revenue, with a 13% decline in attendance and 10.4% decrease in the average ticket price.

Over the last two years, the live music sector has seen revenue fall by 30% and attendance decline by 27%. The Festivals category also reported a 17.3% decrease in revenue with the average ticket price falling by 14%.

LPA believes that these figures reflect the significant challenges faced by the contemporary music sector locally and the need forthe Federal Government to support future growth in touring and employment.

As per previous years, the report findings showed Contemporary Music and Musical Theatre to be the two largest contributors to the industry, generating 34% and 23.8% of revenue respectively, and a combined attendance rate of 47.9%.

Media Super Chief Executive Officer, Graeme Russell said the research reaffirmed the important contribution that live performers and producers make to the national culture and the creative economy, adding “we have access to a wide array of high-quality local and international performances, which the report shows Australians truly value and enjoy.

“The Ticket Attendance and Revenue Survey 2015 clearly demonstrates the need for ongoing investment in the arts, and Media Super is committed to supporting the work of LPA and the live performance industry.” 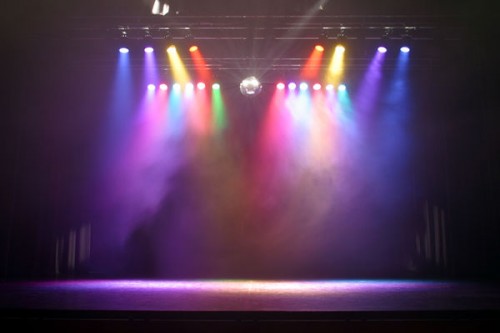 • NSW and Victoria command a larger share of revenue compared to their respective share of Australia’s population;
• Victoria’s revenue and attendance were above its share of the population and it had the highest spend per capita in 2014 and 2015;
• In 2015 NSW experienced a 12.6% decline in revenue and attendance dropped by 8.8%;
• Circus and Physical Theatre down 46% and attendance down by 45% due to Cirque du Soleil's Sydney season largely presented in 2014;
• Contemporary Music revenue down by 21% and attendance by 17% reflecting the national downward trend;
• Festivals (Multicategory) revenue down by 30% and attendance down by 15%:
• Victoria and Queensland both experienced declines in revenue, 2.9% and 4.2% respectively - atendance was up by 4.3% in Victoria;
• The fall in revenue reflects the decline in Theatre (47%), Festivals (single) (45%) and Contemporary Music (24%);
• In Queensland, the decrease in revenue was driven by a fall in the Ballet and Dance category (39%) with the American Ballet Theatre not performing in 2015 and Theatre (66%) with less commercial Theatre being presented in Queensland;
• Despite the fall in revenue, attendance rose by 9.5% with growth in a number of genres, Festivals (multi), Musical Theatre, Special Events and Circus and Physical Theatre;
• The ACT experienced significant growth in revenue (69.7%) and attendance (51.1%) largely due to the return of Cirque du Soleil. Western Australia experienced a significant 8.4% decline in revenue and attendance declined by 13.1%, largely due to declines in Children’s/Family (58% and 54%) and Theatre (80% and 67%);
• Tasmania and South Australia both experienced declining revenue despite growth in attendance;
• Despite a significant 37% decline in attendance in the Northern Territory, revenue remained steady (up 3.4%) due to growth in Comedy, Circus and Physical Theatre and Contemporary Music.

• The top three revenue categories (Contemporary Music, Musical Theatre, and Festivals (SingleCategory) accounted for 65.4% of all industry revenue in 2015;
• As with previous years, the Contemporary Music and Musical Theatre categories represent the two largest categories in the industry, generating 34% and 23.8% of revenue respectively. Combined, these two categories account for 57.8% of the live performance industry in terms of gross revenue ($813 million) and 47.9% of total attendance (8.8 million people);
• Contemporary Music and Festivals (single) combined accounted for 41.6% of revenue and 37.3% of attendance. However, both categories experienced significant declines in revenue, 21% and 17.3% respectively. The 17.3% revenue decline in Festivals (single) is largely due to the cancellation of Big Day Out and a 14% fall in the average ticket price.
• The most significant gains in revenue were experienced by Circus and Physical Theatre (116%) and Special Events (85.2%) categories. The significant increases for Circus and Physical Theatre can largely be explained by the return of Cirque du Soleil while the Doctor Who Symphonic Spectacular contributed to the strong growth in Special Events.
• Ballet and Dance also experienced significant growth in revenue (20.4%) and attendance (11.9%) largely driven by strong growth among the major performing arts companies with 175% increase in revenue for those companies due to successful national tours of The Sleeping Beauty, Giselle, The Dream, Swan Lake and 2021.
• Comedy also reported significant growth in revenue (21.6%) and attendance grew by 3%.
• Theatre, Contemporary Music and Festivals (single) experienced significant declines in revenue.
• Theatre revenue was down 43% and attendance declined by 24.5%. While the subsidised theatre sector experienced strong growth in both revenue and attendance at major performing arts companies events, there was a significant decline in commercial theatre productions.
• Opera reported a small 2.6% decrease in revenue largely explained by a 2.8% decrease in the average ticket price while attendance grew by 12%.
• Classical music experienced a 13.1% decrease in revenue, attendance fell by 2.1% and the average ticket price fell by 4.7%.

Click here to view the Ticket Attendance and Revenue Survey 2015 which includes key facts and figures and national infographics. Supplementary Data can be accessed as a web based document or PDF.