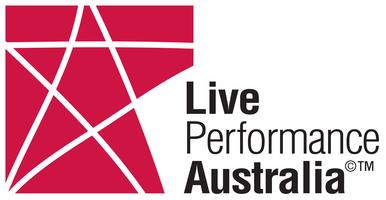 Live Performance Australia (LPA) has released its assessment of the major parties’ policy positions for the live performance industry in the lead-up to the federal election.

Introducing its ‘report card’, LPA Chief Executive Evelyn Richardson stated “as an industry which makes a $2.5 billion contribution to the Australian economy and supports 34,000 jobs, we have been keenly following the election campaign and the commitments by parties to supporting a diverse, strong and growing live performance industry.”

The LPA report card assesses the policy commitments of the Coalition, the ALP, Greens and the Arts Party, including how they measure up against LPA’s key policy priorities which were outlined on 2nd June 2016. Richardson explained “Labor, the Greens and the Arts Party have all issued detailed policy statements on the arts, including policy positions that will support our live performance industry.

“In particular, we welcome their commitment to support the return of funding to the Australia Council to provide long term stability for small to medium performing arts companies along with other initiatives that recognise the economic, social and cultural importance of live performance.

“However, it’s disappointing that we’re just over two weeks from the election and the Coalition is yet to detail any policy for the live performance industry or the arts sector as a whole, apart from some ad-hoc project funding announcements.

“Senator Fifield’s appearance at the national arts debate in Melbourne recently was a missed opportunity for him to engage with industry representatives on the Coalition’s plan to support jobs, growth and innovation for Australia’s live performance industry.

“We hope the Coalition will take the opportunity before the election to set out some policy directions for the live performance industry which not only supports tens of thousands of jobs and creates billions of dollars of economic activity, but is also supported by 18 million Australians who attend a live performance every year.”

The LPA’s election report card is available at www.liveperformance.com.au/federal_election_2016