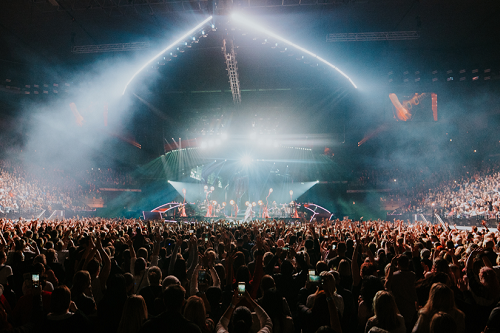 Live Nation Australia and Optus have revealed announced a partnership which will deliver Optus Perks customers more access to the music and artists from the world’s leading live entertainment company.

From this month, the multi-year exclusive partnership will provide Optus postpaid, prepaid and broadband customers access to a number of unique live music benefits, including ticket presales for select Live Nation tours and events, along with special promotions and premium experiences.

Introducing the partnership, Live Nation Australia Chief Executive Roger Field explains “Optus have great credentials in supporting the Australian industry and we are excited to be partnering with them.

“With the huge growth of the experience economy, and with live music at the centre of this, Optus values the power of live bringing a number of benefits to their customers with this partnership.”

Optus Managing Director of Marketing and Product Ben White added “we’re really excited to be teaming up with Live Nation to reward our customers with special access to presale tickets and events by some of the world’s biggest and most popular music artists through our Optus Perks program.”

The partnership kicks off this month with its first consumer promotion ‘Win the most entertaining year ever’.

Live Nation and Optus are giving Optus customers the chance to win a year’s worth of Live Nation VIP concert experiences to the value of over $20,000.