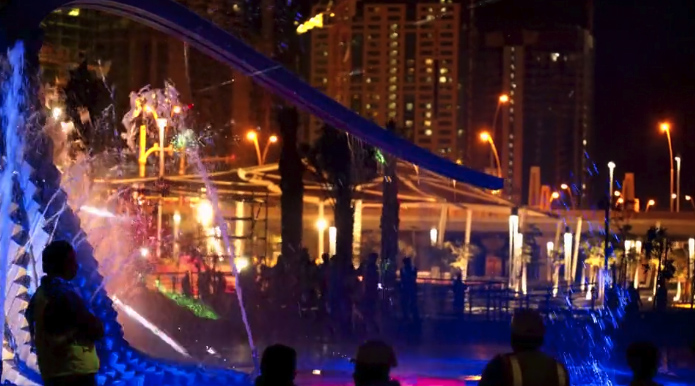 Commissioned for Aldar Properties at the island’s Reem Central Park, Laservision’s immersive permanent attraction is based around a fountain sculpture known as The Wave. 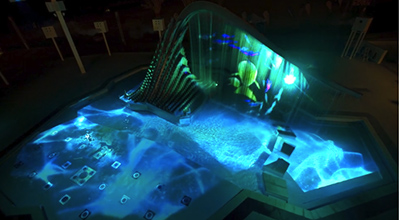 The installation provides a multi-sensory experience that is expected to serve as a focal point for many visitors to Reem Central Park throughout the year. The production pays homage to the rich coastal beauty of Abu Dhabi with its marine life projections, dancing fountains and other effects.

Laservision Chief Executive, Shannon Brooks explained "we are thrilled and honoured to be partnering with Aldar and providing our world-class entertainment solutions to Reem Central Park and Abu Dhabi.

“This art installation and immersive experience provides a very unique, intimate and beautiful entertainment offering to visitors at Reem Central Park. The rich content used in each activation and experience is produced by our award-winning, in-house creative studios and draws in large audiences throughout the day and night. We couldn’t be more proud.”

Reem Island is a $55 million outdoor lifestyle destination covers an area of 9,900 metre².

Headquartered in Australia, Laservision Mega Media has previously produced several internationally renowned shows and spectaculars in Asia. These include Wonder Full at Marina Bay Sands in Singapore and Hong Kong’s A Symphony of Lights. The latter was recognised by Guinness World Records as the world’s largest permanent light and sound show.

The new project in Abu Dhabi is not its first commission in the United Arab Emirates. Last year Laservision produced the award-winning IMAGINE show at Dubai Festival City.