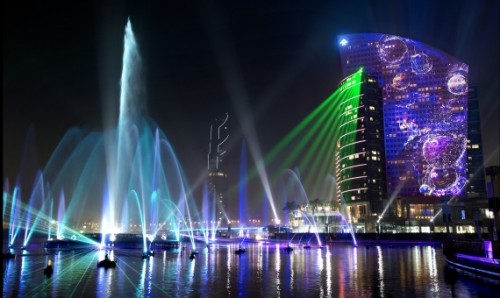 Mega events powered by new immersive technologies are predicted to be the main drivers for tourism in the United Arab Emirates by 2020, boosting revenues to US$44 billion a year in the region.

According to Dan Bolton, President of the International Live Events Association Middle East, the Arabian Gulf is one of the world’s fastest-growing live events markets.

Bolton suggests that because the region is embracing immersive technologies on an unprecedented scale, the more established European and North American markets are likely to get left behind.

InfoComm MEA 2017, taking place from 5th to 7th December at Dubai World Trade Centre, has the theme: ‘See the Future of Networked Communications.’

The event is designed to highlight the latest audio, digital signage, and immersive technologies such as augmented reality and virtual reality.

With the UAE building its position as an international hub for leisure, tourism and entertainment, and more than 25 million visitors for Expo 2020 Dubai, to BMI Research suggests that, by 2020, virtual reality concerts and sports matches, augmented reality apps and immersive audiovisual will transform the live entertainment and mega-event experience for millions of people across the Arabian Gulf region.

Bolton advises "the Middle East and North Africa is one of the world’s fastest-growing live event markets. The UAE has the potential to leapfrog established European and North American markets in using the latest audiovisual innovations to transform the visitor experience.”

InfoComm International, organisers of InfoComm Middle East and Africa, say that the Middle East’s professional audiovisual market is one of the world’s fastest-growing at 15% CAGR, reaching US$2.8 billion in 2016, with the UAE as the region’s largest at US$1.2 billion in 2016.