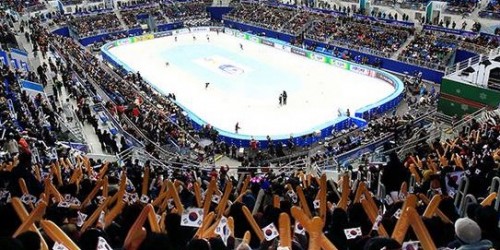 The International Olympic Committee (IOC) has given PyeongChang a positive midway review for its staging of the winter Olympic Games, but has pointed out that it still has to secure legacy plans for three major venues.

With the Games about to enter their second and final week, Olympic Games Executive Director for the IOC, Christophe Dubi, noted that the event has suffered no serious organisational disruption, advising “halfway through is a very important point, especially if you can speak about the field of play and athletes’ performances and competitions.”

Dubi told the Reuters news agency “what is particularly pleasing is the quality of the fields of play. This is the result of long and hard work.”

Dubi stated that the Korean Government and the local organising committee still have to decide on the “final destination” of Gangneung Hockey and Gangneung Oval, both located in the sub-host city of Gangneung, and Jeongseon Alpine Centre in Jeongseon County.

As quoted by Korean news agency Yonhap, Dubi added “they've done the right things, fundamentally developing the infrastructures that will help this region be more successful.

“We've been very clear that we're comfortable with most of the plans but three. This is something we've been open about and discussed.”

Dubi said it is likely that Jeongseon Alpine Centre will continue as an alpine and skiing resort.

Meanwhile, Dubi backed PyeongChang 2018’s efforts to ensure venues appear full for the events. Organisers say ticket sales have now exceeded the 90% mark and have sought to fill any remaining seats by offering them to volunteers at the Games.

The Korean Government is also using the Games to promote the country’s tourism industry, in particular its role as a business events destination.

According to the UIA Global Statistics, Korea was the most sought destination for business events in 2016 with a total of 997 international meetings hosted.

To build on this success, Korea’s new MICE brand ‘Korea Unique Venues’ was recently introduced highlighting 20 world-class meeting venues. These venues are a result of close collaborations with local convention bureaus and suppliers, where the Korea MICE Bureau evaluated recommended sites and filtered them according to their characteristics, usability, and willingness to open the place for business events.