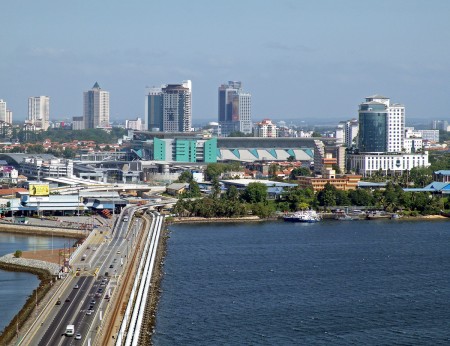 The Malaysian state of Johor is poised to become the country's 'theme park capital' when Asia's first Legoland theme park at Nusajaya opens to the public next month.

The opening of the RM750 million (US$240 million) Legoland Malaysia will signify the emergence of Iskandar Malaysia and Johor as a major tourist destination and will be followed with the opening of a family theme park in Puteri Harbour in November.

According to Iskandar Regional Development Authority (IRDA) Chief Executive Datuk Ismail Ibrahim, Iskandar Malaysia could realise its huge potential in the tourism sector through the implementation of these and other new infrastructure projects.

The indoor family attraction, located in Nusajaya and built at a cost of RM115 million (US$36 million), will feature popular children's animated characters including Hello Kitty, Bob The Builder, Angelina Ballerina, Pingu and Thomas And Friends.

TARH Managing Director and Chief Executive Tunku Dato' Ahmad Burhanuddin added "the development of Puteri Harbour Family Theme Park is a testament of Themed Attractions and Resorts' commitment to enhancing and elevating Malaysia's position as a key tourist attraction within the region.

"In line with our goal to promote and develop Malaysia's cultural heritage, nature-based assets and themed location-based attractions focusing on families, Themed Attractions and Resorts is committed to position Nusajaya as a strong regional brand in the leisure and tourism industry by introducing local and global brands."

Set to open in November 2012, just two months after the opening of Legoland Malaysia, the Puteri Harbour Family Theme Park is expected to attract 500,000 visitors during the first year of operations.

The two parks in Desaru - Ocean Splash and Ocean Quest - will be built by TARH at a cost of RM267 million (US$ 855 million) and are expected to be completed and open to the public by mid-2014.

The opening of Legoland, Puteri Harbour, Ocean Quest and Ocean Splash in the near future in Johor, at a total cost of RM1 billion will propel the Johor tourism sector to a completely new level.

Iskandar Malaysia, according to Ismail, is always working towards attracting more park operators to operate in the special economic zone to add to the existing theme parks, concluding "IRDA is always on the lookout to have more theme parks in Iskandar Malaysia and beyond, which can cater to family-type entertainment and education."