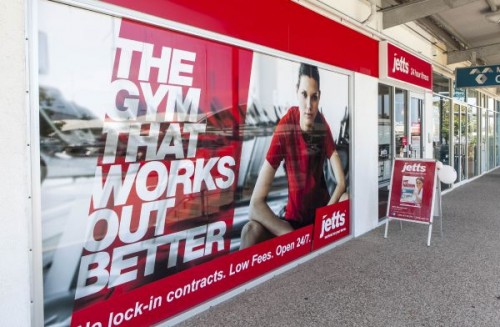 Jetts 24 Hour Fitness has come in second on this year's BRW Fast 100 list.

Jetts was founded in August 2007 by husband and wife team Brendon and Cristy Levenson with an initial investment of $150,000.

After previously managing gyms, the couple opened their first Jetts outlet on the Gold Coast. Since then Jetts have opened 116 franchises in Australia and another 17 in New Zealand, with 20 more planned for Australia this year.

As Brendon Levenson recalls "I had a very good feeling about the opportunity."

In 2010/2011 revenue was $43 million, the company having gown 403% in the past three years, landing it second place in the BRW list, which tallies the 100 fastest growing companies in the nation.

Levenson was edged out of first place by emission company COzero, founded in 2008 by Nick Armstrong and Geoff Alexander.

Levenson told Fairfax media that Jetts' success has been a whirlwind, stating "I knew there was a very good opportunity in this end of the market, but I guess results like this (placing second in the Fast 100) are hard to predict.

"I've always been that type I guess, just that real hunger and desire to keep improving and wanting to do better."

Levenson says cash flow and capital have always been their biggest challenges during fast growth. When they began, the Levensons moved into her parents' house for a time to conserve funds, and lived on very meagre earnings.

Levenson has based the business model on convenience, 24-hour access, no contracts and lower costs.

Jetts is now exploring expanding into Asia, and plans to have 250 franchises in Australia and New Zealand by mid-2014.

The total revenue of Australia's 100 fastest-growing companies leapt 13 per cent this year to a record $4.09 billion.