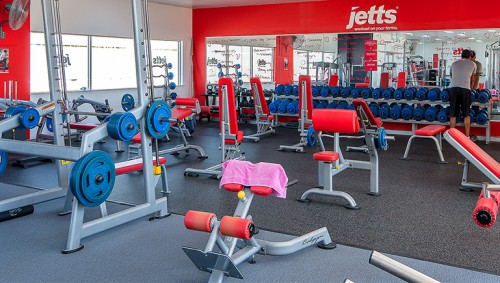 Managing Director of Jetts Fitness, Brendon Levenson said the six-figure milestone was proof that Jetts, pioneer of the 24/7, contract-free gym, was a hit in Australia.

Levenson explained "since its launch in 2007, Jetts has gone from strength to strength, which says a great deal about how customers' needs have changed due to tighter budgets and busier schedules.

"People want to get into the gym, (using) equipment that achieves results, and get out again."

The 100,000th member to join the fast growing gym chain was hairdresser, Kaycee Pawluck of Goodna, Queensland who joined to improve her health and fitness in preparation for her wedding.

Pawluck explained "it's an honour to share this important milestone with Jetts and I'm just absolutely blown away this has happened to me.

"I chose Jetts over other gyms in my local area because as a hairdresser, I work long hours particularly at night and I needed a gym that would be open after I finished work."

Pawluck has been rewarded with a year's free membership.

Jetts Goodna Club Manager Rhett Tronc said he was not surprised Jetts' memberships had skyrocketed and was happy the prominent milestone had been reached at his club.

Tronc added "Jetts is a winning model that appeals to everyone. Our gym is a perfect fit with the busy life that many Australians lead."

Levenson said he decided to introduce a 24/7, contract-free gym into Australia, as he identified that larger, traditional clubs were not satisfying their customers and were providing facilities that most members did not have time to use.

Levenson believes that "Jetts has become well known for championing the cause for gym customers, by providing an alternative to the traditional gym club model, that includes low monthly fees."

The Australian-owned chain has 107 clubs nationally with a further 25 clubs scheduled to open this year.