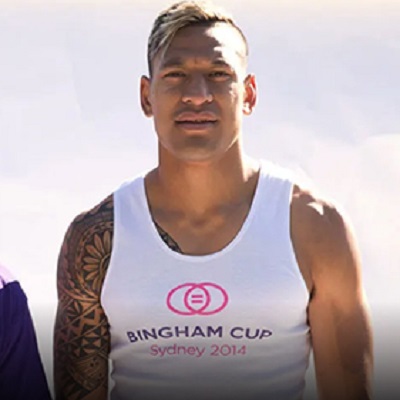 Folau's multi-million-dollar contract was terminated in May after he posted to social media that homosexuals, among others, would go to hell.

Rugby Australia said the post breached its professional players code of conduct - a decision that was upheld by an independent tribunal.

A directions hearing is listed for 13th August in the Federal Circuit Court in Melbourne.

The fundamentalist Christian's application in the Federal Circuit Court follows an unsuccessful attempt at mediation in the Fair Work Commission.

In a video posted to his website early on Thursday, Folau stated “our conciliation before the Fair Work Commission did not resolve the matters between us

"Accordingly, I am today commencing court proceedings against Rugby Australia and the NSW Waratahs.

"I have been blessed to have received the support of tens of thousands of Australians throughout my journey, and I want to say thank you to everyone who has offered their prayers and support.

"It has meant so much to Maria (Folau’s wife) and me over the last few months and gives us strength for the road ahead."

In his initial application with the Fair Work Commission, Folau stated he would seek about $10 million in compensation for the remainder of his contract and lost commercial opportunities.

Folau was regarded as one of the Wallabies' most important players and would have been an integral part of the team for September's Rugby Union World Cup in Japan.

His legal case is bank-rolled by a $2 million collected by the Australian Christian Lobby on his behalf.

As reported by the ABC, legal experts have said the coming court battle is a "test case" that will establish what holds sway before the courts - an employer's rights via an employment contract or their employee's freedom of religious expression.

It is expected to set a precedent for anyone who posts to social media something that is in conflict with his or her code of conduct, be it with an employer or another organisation such as a university or sporting club.

The burden of proof in this case will lie with Rugby Australia to establish that it did not terminate Folau's contract based on his religious beliefs, but rather that the decision was purely an employment matter.

Rugby Australia will rely on its initial charge that Folau was guilty of a high-level breach of the code of conduct, which forms a standard part of all its contracts.

Its code says players should "treat everyone equally, fairly and with dignity regardless of … sexual orientation … any form of bullying, harassment or discrimination has no place in rugby".