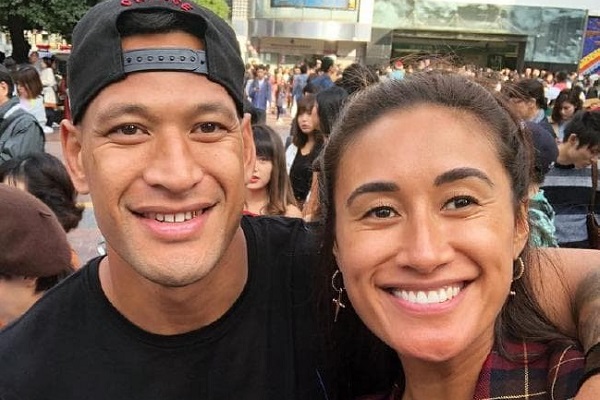 New Zealand netball international Folau shared a post from her husband on social media asking people to support his legal action against his sacking.

In a statement, Netball Australia advised it is "committed to providing welcoming, inclusive and supportive places for all people to play and watch our great game", adding "we are aware that Adelaide Thunderbirds' athlete Maria Folau re-posted her husband's GoFundMe page details via social media. There is no action required by the league.

"We will continue to support Maria as a valued member of the Thunderbirds and the Suncorp Super Netball league."

An additional statement by Netball South Australia Chief Executive, Bronwyn Klei, said Folau has not broken the rules of her contract.

Klei advised "first and foremost, I want to be very clear that Netball South Australia is fiercely determined to provide an inclusive environment that allows anyone to participate in the great game of netball regardless of gender, belief, age race or sexual orientation.

"We also believe in fairness and perspective. Like millions of other people across Australia, Maria Folau uses her personal social media platform to share her life and beliefs with her family, friends and fans.

"While Netball SA is no way endorses the reposting, we do not believe Maria has contravened our social media policy."

The action by the netball bodies was slammed by former Australian captain, Liz Ellis who wrote on social media in response "Yeah nah not good enough.

"There is no room for homophobia in our game. Anyone who is seen to support or endorse homophobia is not welcome.”

Capped 73 times by Australia, Israel Folau has launched a crowdfunding campaign to raise $3 million for his legal case against his sacking, despite reportedly having a property portfolio worth more than $5 million and, until recently, having owned a Lamborghini super car.

Rugby Australia says Folau - who has also represented his country in rugby league and Australian rules football - was sacked "because of a serious breach of the Professional Players' Code of Conduct".

He has taken the matter to the Fair Work Commission claiming his contract was unlawfully terminated.

Last weekend, Folau was recorded delivering a sermon at his church in Sydney. He said "the devil" is trying to influence the debate over transgender rights.

His wife has been questioned about his comments since his original social media post in April, but refused to make public comment.

Folau has 138 Test caps for the Silver Ferns and is expected to feature for her country at this summer's Netball World Cup in the UK which starts next month.