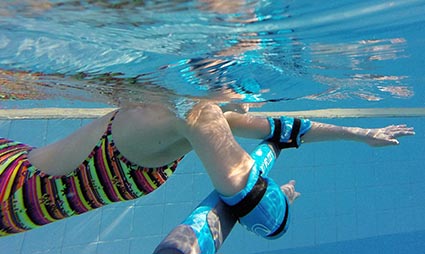 Ironman legend Craig Riddington has invented a device that he believes “could absolutely change the shape of swimming.”

Riddington, who now runs Surf Educate Australia, has spent the past three years creating Swimfassst, a simple, but effective stroke-training device that he claims will overwhelming improve swimming ability.

The flotation device ensures people don’t drop their elbows while, instead putting more emphasis on forearms to power through the water. While attached to the device, swimmers move through the water using a technique similar to doggy paddling.

Swimfassst – which comes in three age-based models – forces people to keep their elbows up through locking them into a sleeve and, while he sees the device as being suitable for helping all types of swimmers, Riddgington sees that it will have particular benefits for the everyday swimmer. 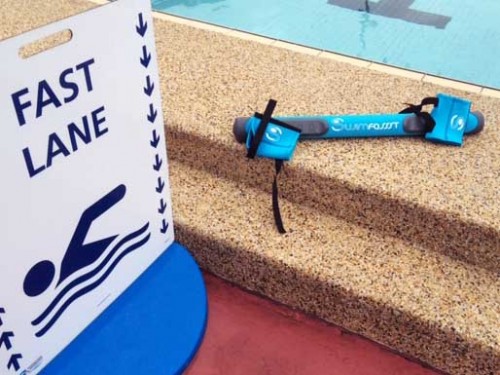 Riddington told Sydney newspaper The Manly Daily “everyone who has put it on has said the same thing: ‘wow, I can feel what it’s like to be a swimmer’."

Both Olympians praised the device with Fraser-Holmes saying he felt it would help with his breaststroke and butterfly and Hackett saying he could feel it in his hands and forearms, which was an indicator to him of what the device was trying to achieve.

Riddington added that "the device forces the swimmer to bend their elbow and complete the drills and specific strengthening exercises without the resurfacing of bad habits, but instead - training the correct muscle memory for swimming within just one use.

“Drills include, but are not limited to - dog paddle, extended double arm fast hand movement (scull), and broader sculling drill (like breaststroke).”

The device can also be used for:

For more information go to www.seaaustralia.com.au/SWIMFAST.php