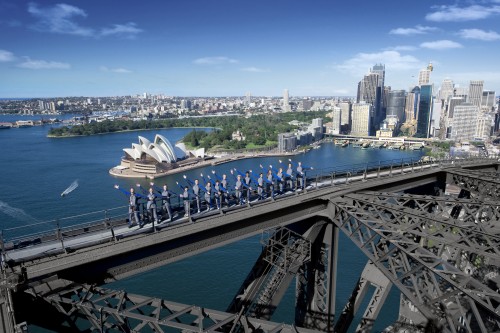 With Federal Treasury officials advising during the week that they expect up to 150,000 people to lose their jobs once JobKeeper ends, job losses are likely to be concentrated among small and medium firms in sectors still affected by pandemic disruptions including tourism, hospitality and arts and entertainment.

Hammons Holdings owner and operator of Scenic World in the NSW Blue Mountains and operator of Sydney’s Bridgeclimb has predicted it will be forced to shed jobs, with the Sydney Morning Herald advising that it will look to halve its wages bill.

As reported by the Sydney Morning Herald, full-time staff numbers will be cut from 190 to 110 at Scenic World by the end of next week and by 250 to 170 at BridgeClimb.

With reference to Scenic World, Hammons Holdings Manager Director, Anthea Hammon told the Sydney Morning Herald “(we are) losing 21 at the end of this week - 16 casuals and five permanents … and we had five or so redundancies in September as well.

“It’s tough. Our staff are like our family...it is horrible to have to be saying goodbye to them.”

A recent survey of tourism businesses by peak tourism organisation, NSW Tourism Industry Council found that, without other meaningful support, tourism businesses will have no choice but to let staff go, with 42% forced to reduce headcount and 53% expecting to cut hours for existing staff.

“Concerningly a third of tourism businesses anticipate they will need to close, either permanently or temporarily (and) of those who close permanently, 36% say they will leave the industry for good and 52% simply don’t know what they will do.”

While the arts and creative sector looks as if it will benefit from an extended Federal Government relief package announced on Thursday, with one in five arts and entertainment workers on  JobKeeper, the Media, Entertainment & Arts Alliance (MEAA), said the package was "too little and too late".

MEAA Chief Executive, Paul Murphy said the union was "deeply concerned" it could be several months before any of the money reaches arts organisations, noting “in the meantime, we face the prospect of companies going under and a plethora of layoffs when JobKeeper finishes.”

By contrast, in some parts of the country where industry employers are recruiting there is evidence  of staff shortages (perhaps resulting from former employees having left the industry), with the latest Australian Bureau of Statistics (ABS) figures showing that around seven out of 10 of the filled jobs that were lost during the March and June quarters last year had been regained in the December quarter.

Of the new jobs being recruited, a changing pattern of employment is emerging with an increasing number of casual and part-time roles, as borne out by ABS figures from December last years that showed part-time tourism jobs exceed full-time positions for first time.