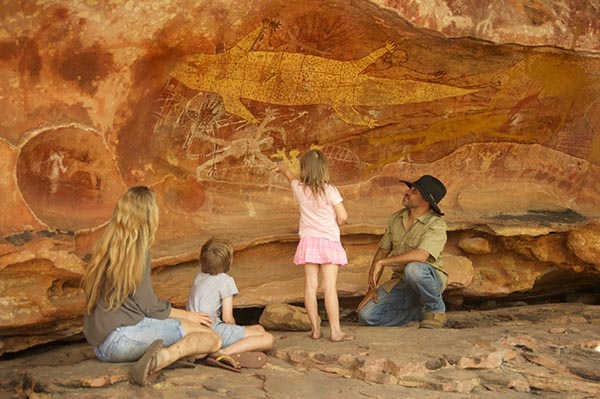 Tourism Industry Development Minister Kate Jones said Cairns was the first region in Queensland to secure funding under the brand new $10 million Growing Indigenous Tourism in Queensland Fund advising “more tourists than ever before are looking for a cultural experience when they go on holiday.

“Cairns is the capital of indigenous tourism in Australia. Nowhere else in the country offers the wealth of Aboriginal and Torres Strait Islander experiences that exist in Far North Queensland.

“This funding will help to develop more attractions and will help to market experiences overseas and interstate.”

Jarramali Rock Art Tours owner Johnny Murison invested in attending the Australian Tourism Exchange last year and this year to be part of Tourism Tropical North Queensland's (TTNQ) Indigenous tourism stand advising “it is a substantial investment for a new business, but very worthwhile to attend trade shows to raise the profile of not only your own business but Indigenous tourism.

“This funding would allow small businesses like mine to join the larger companies and promote one of the pillars of the Cairns and Great Barrier Reef destination.”

Member for Cook Cynthia Lui said Far North Queensland would play a leading role in the Year of Indigenous Tourism – an initiative announced by the Premier, aimed at showcasing Aboriginal and Torres Strait Islander culture to the world.

TTNQ Chief Executive Mark Olsen said the government’s decision to make 2020 the Year of Indigenous Tourism was one his organisation embraced and he welcomed the funding which would help the destination build the capacity of many of its smaller Indigenous tourism products.

“The Cairns and Great Barrier Reef region is the only place where Australia’s two Indigenous cultures can be experienced and we now have more than 80 ways to interact with the world’s oldest living culture.

“Many of these tourism operators are small businesses started by Traditional Owners to share their unique culture and stories with the world.

“These businesses do not have the capital to market their business internationally, yet they offer the experiences that a growing number of travellers are demanding.

“This funding could assist these businesses to join TTNQ and TEQ at trade shows where they can promote the destination’s Indigenous product.”