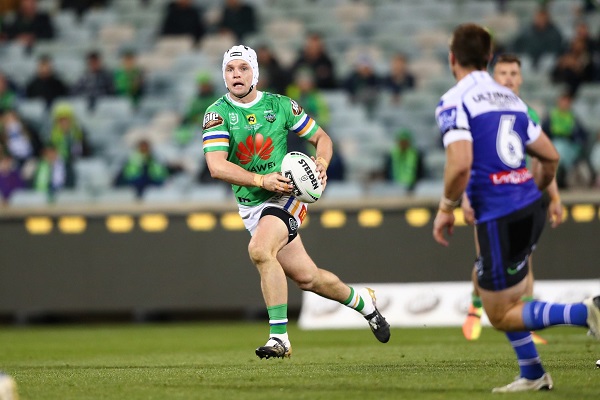 Chinese communications company Huawei has ended its major sponsorship deal with NRL team the Canberra Raiders, citing the Federal Government's 5G ban on the company’s equipment and a “negative business environment” for Chinese companies in Australia.

Huawei Australia has been the Raiders' major sponsor for a decade, and last year signed a new deal which had been due to run through until the end of the 2021 season.

However, as of yesterday morning the company announced it would end its sponsorship at the close of this season instead.

The decision is a big financial blow to the Raiders, who will now have to search for a new headline sponsor at a time when businesses are reluctant to incur new expenses.

Acknowledging Huawei’s long-term support, Raiders Chief Executive, Don Furner stated "Huawei's commitment to the Raiders has been unwavering and we have worked together to achieve so much for the Raiders family, rugby league itself and the broader community with our charity work.”

Huawei Australia's Jeremy Mitchell said the decision had been made as a result of the company being impacted by the Federal Government's decision to exclude it from Australia's 5G network in 2018, stating “unfortunately Huawei has been caught in the middle of a great trade war. The effect on our business is greater than we expected.

"This is a direct result of the 5G ban and the negative business environment at the moment for Chinese companies in Australia."

Australian officials argued that allowing Huawei to build the network would create a risk, because if the Chinese Government decided to target Australia's infrastructure then Huawei would be obliged, under Chinese law, to assist.

Mitchell said the 5G decision had a "huge" impact on the company, adding “the reality is we have gone from 1,000 staff, next year we will be 100 staff. The impact of the 5G ban and the greater China-Australia relationship has had a huge flow-on effect.

"The business environment in Australia is very hard for a Chinese company."

Huawei will continue to sponsor other sporting teams outside Australia.

Image: The Huawei logo will disappear from the Raiders' jerseys at the end of the year. Courtesy Canberra Raiders/Facebook.