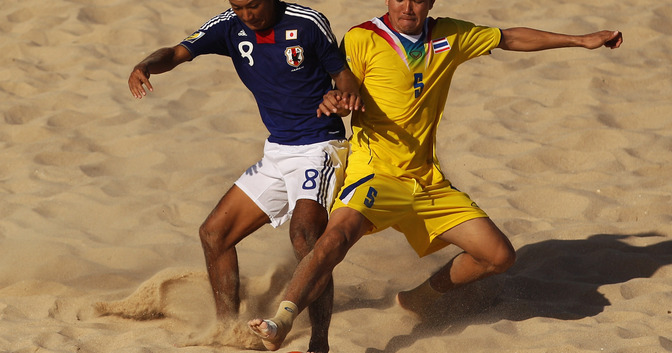 Re-elected unopposed as President of the Hong Kong Olympic Committee (HKOC), Timothy Fok has urged the territory's Government to act fast in supporting the city's bid for the 2021 Association of National Olympic Committees (ANOC) World Beach Games before others join the race.

The 72-year-old, who is also chairman of the Events Working Group at ANOC, made the comments after visiting Sanya in China, which is set to stage the Asian Beach Games in 2020.

The South China Morning Post quoted Fok as saying their preparation for 2020 is "very impressive" and that if Sanya can stage the Asian Beach Games, "they can also go for the World Beach Games".

ANOC, which organises the Games, have not yet announced a deadline for bid submissions, but Fok said the HKOC need Government approval before anything can be done.

The first World Beach Games will be held in San Diego in the United States next year, with Fok sitting on the ANOC Coordination Committee as chairman.

According to Fok, the Committee will next meet in January to assess the Californian city's preparations, stating "I will try to present to other members on Hong Kong's plan for the 2021 Games (at the meeting).

"Once we have had the Government support, we can talk about an official bid as the Hong Kong sports community is already in full support."According to the South China Morning Post, Fok said the Government has already requested information on the World Beach Games and he hopes a decision can be reached in time to submit a bid next year.

Various officials were either elected or re-elected to the HKOC at the General Assembly, including eight vice-presidents and honorary secretary general Ronnie Wong Man-chiu.

Former rower Ho Kim-fai beat Leung Mee-lee by only two votes to become one of three new deputy honorary secretary generals. The two-time Olympian at Los Angeles 1984 and Barcelona 1992 had previously said she wanted to see more female representation at the governing body. Four years ago she stood for election as one of eight vice-presidents but was defeated.

When first announced three years ago, San Diego expected as many as 5,000 athletes and a budget of $135 million. Now they are expecting around 1300 athletes from 80 countries and have a budget of $39 million. The event was  originally planned for 2017 however ANOC and San Diego organisers decided to push the Games back two years.

For more information go to awbgsandiego.com/the-games/

10th May 2016 - China sports ministry accused of inaction over corruption