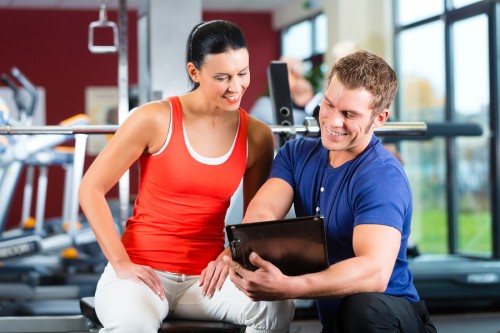 Grover, who fronts an independent coalition of 70 gyms across the country, said that despite Australian government efforts to get people to become more healthy, this country and the UK/Europe seemed to be going in opposite directions.

However, Grover believes that Australian health insurance companies should follow the example of their UK and European counterparts by offering premium discounts to those of their clients opting to lead healthier lives.

He states, "while companies in the UK are offering up to 75% off health insurance premiums for people demonstrating a commitment to exercise, Australia is adding further restrictions on subsidies.

"This in effect means that that only health insurance memberships which are prescribed by a GP for the prevention or relief of a specific health condition can get access to subsidies.

"And this only applies to top rates of cover.

"This situation flies directly in the face of what the Australian government is trying to do â and spending millions of dollars of tax payersâ dollars on prime time TV and print advertising in the process."

Grover said the introduction of the discounted insurance policies in Britain and Europe came as a direct result of governments in the northern hemisphere reacting quickly to what he described as an "explosion" in the obesity rate.

He commneted "under certain schemes in the UK, customers an earn premium reductions simply by buying fruit and vegetables at certain supermarket chains.

"Others offer clients preferred rates if they take more than 10,000 steps a day - measured by pedometers - or attend a gym at least twice a week.

"People giving up smoking, cutting down on alcohol and buying sports equipment also receive benefits under the UK/Europe schemes.

"There is nothing in this country that encourages people along these lines."

Grover said it was very sad and extremely worrying that per capita, Australia was now listed as the fattest nation on the planet, concluding "the Government has obviously recognised this and is trying to do something about it.

"The health insurance companies on the other hand seem more fixated on the bottom line than they do on helping people to get healthy.

"And until they do, the situation is only going to get worse."

Founded in 2005 the Gym Alliance is a confederation of independently operated gyms throughout New South Wales, Victoria, Western Australia and the ACT.

For more information Stuart Grover can be contacted on 0417 064 644 or go to www.gymalliance.com