Gumbuya World to embark on second and third stage expansions 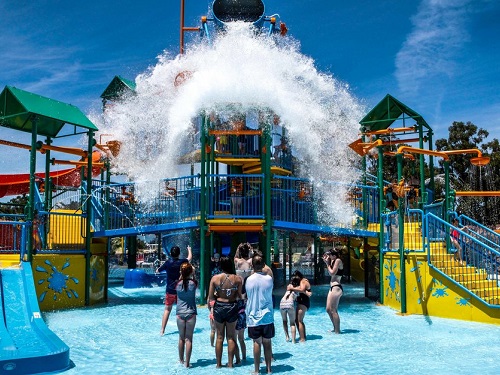 The Victoria Government has announced that Gumbuya World is to commence stages 2 and 3 of its planned redevelopment project, offering new rides, onsite accommodation and a microbrewery.

The next stages of development come after the success of stage 1, which saw the theme park upgraded with new water slides, new adventure rides and an expanded wildlife trail.

Following its reopening in December last year, the park welcomed up to 3,000 visitors per day over summer.

Upon completion in 2021, the theme park will offer 50 new attractions, including water slides and adventure rides, as well as a range of onsite accommodation, new cafes, shops, a chocolate factory and a microbrewery.

To also include Indigenous, dinosaur and wool shed precincts for educational programs, it is expected that Gumbuya World will attract 750,000 visitors a year by 2022.

The Victorian Government is supporting tourism through initiatives like the Your Happy Space campaign, which showcases Gippsland and other parts of regional Victoria – demonstrating all the delights on offer.

Announcing the expansion, Victorian Minister for Tourism and Major Events John Eren stated “tourism has never been stronger in regional Victoria and we’ll continue to promote our wonderful regions to Melburnians, other states and other countries.”