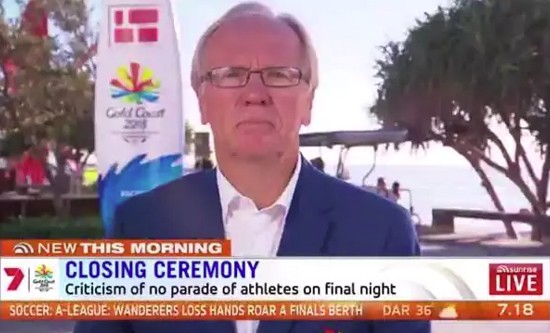 After 10 days of managerial and sporting success, the organisers of the 2018 Commonwealth Games have admitted that they “got it wrong” for the Games’ closing ceremony last night.

What should have been a chance to celebrate all aspects of the Games, the closing ceremony has been slammed for endless speeches, a line-up of mainly Australian Idol contenders for entertainment and alack of athletes.

Zempilas also joined in, drawing attention to the amount of spectators leaving the stadium during the closing ceremony.

He added “we’ve never seen a stadium as empty as this so soon after the end of a closing ceremony and, to be brutally honest, most of the athletes left during the ceremony.

“And the speeches … they were way too long tonight. Way too long. And dare I say it a little self-indulgent.”

Gold Coast 2018 Commonwealth Games Corporation (GOLDOC) Chairman Peter Beattie tweeted an apology on Monday morning, writing “the speeches were too many and too long. I was part of that and I acknowledge it. Again, we got that wrong.

"It is very simple. I should not have spoken.

"We wanted athletes to be part of and enjoy the closing ceremony. However, having them come in to the stadium in the pre-show meant the TV audience were not able to see the athletes enter the stadium, alongside flag-bearers. We got that wrong." 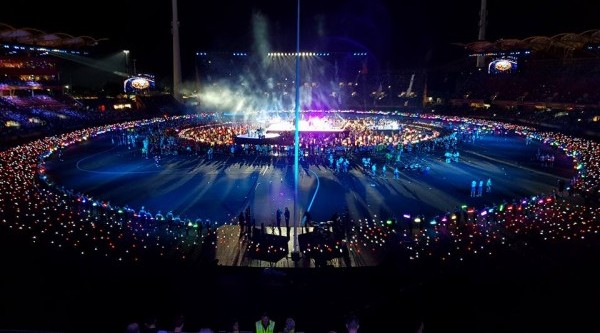 Beattie later told the ABC the athletes were brought into the stadium early to avoid a scenario where they would have been kept "standing around", adding “at previous ceremonies athletes were herded around, they stand around, they hate it, they get bored, often they don't go.

"Our decision to bring them in early was right, but what we should have done though is have them parade as well.

"The athletes would not have enjoyed last night. I understand that and frankly the buck stops with me on that."

Jack Morton Managing Director Helen Graney advised “having received such a positive response to the opening ceremony on the Gold Coast earlier this month, we share GOLDOC's disappointment at the level of criticism targeted at specific aspects of last night’s ceremony.”

Queensland Premier Annastacia Palaszczuk was shown laughing and dancing in Carrara Stadium alongside Queensland Commonwealth Games Minister Kate Jones on Sunday night, but her tone had shifted significantly by the morning.

Premier Palaszczuk said she was "just as disappointed as everyone else" that the athletes were not able to march during the ceremony, laying the blame on GOLDOC, advising “we appoint an agency to run the day-to-day operations of the game, and that was GOLDOC.

"Whoever made that decision not to allow those athletes to march in should hang their head in shame."

Premier Palaszczuk and Gold Coast Mayor Tom Tate said the ceremony should have better celebrated the athletes' achievements, but neither had any apologies for delivering speeches of their own from the podium.

Mayor Tate added “you can only look at what you can control. Mine was short and sweet, don't you think?"

Images: GOLDOC Chairman Peter Beattie in damage control on television this morning (top) and action from the closing ceremony (below, courtesy of Paul Brown).