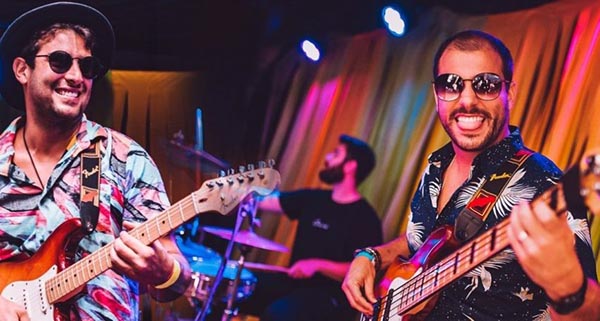 As Australia slowly begins to open back up, and celebrates the return of festivals, a new live music concept - Feedback Festival - has been created for the Gold Coast with the initiative being delivered by the arts and culture unit of the City of Gold Coast.

Over 10 nights, from Thursday 3rd December until Sunday 13th December, the Gold Coast will transform itself into a giant music mecca, with multiple venues offering up a segment of what the city has to offer.

Music Advisory Group Chair Dean Gould said that after several months of uncertainty for artists and venues across the Gold Coast, Feedback Festival aims to inject a dose of much-needed culture back into what is considered one of Australia’s most vibrant cities.

Gould notes “the Music Advisory Group wanted to help live music recover from the last six months and we knew engaging existing live music venues was the best way to do that.

“Most importantly, Feedback Festival 2020 will be fun, but it is also a symbol of the Gold Coast’s commitment to the live music scene.

From Southport to Burleigh Heads, Feedback Festival will offer Gold Coast punters the chance at seeing more than 50 bands, performing over 100 hours of live music across 10 nights.

The eclectic line-up features everything from raucous punk-rock to hazy indie-rock, laid back folk sounds, Italian-inspired soul and mainstage pop.

Jazz fans can enjoy dinner and a show at Spaghetti & Jazz , while HOTA cultural precinct will also have much to offer.

Elsewhere will continue to provide a world-class combination of electronic and indie line-ups and Mos’ Desert Club House will become the prime spot for cocktails and live, left-of-field entertainment.

Vinnies Dive Bar will be putting on a handful of punk-inspired shows while The Soundlounge, Southport Yacht Club, Southport Sharks and the Southport RSL will be promoting shows at a slightly less intense pace.

A series of secret shows, consisting of as-yet-undisclosed line-ups will also pop up around the city, with performers for these events announced intermittently over the coming weeks.

Gold Coast Mayor Tom Tate said he was excited to see live music back at venues adding “we know how important it is to our community as well as the local arts scene. I would encourage all music lovers to get along and check out the local talent and support local venues.

“It’s wonderful to see our Music Action Plan coming to life, doing what it was intended to do – that is, supporting local talent, art and the Gold Coast music scene.”

Image: Zambebam Trio will be performing in Feedback Festival