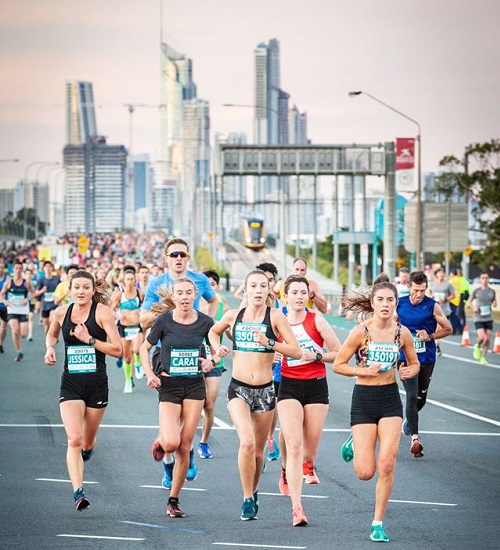 The 40th edition of the Gold Coast Marathon generated a record-breaking $28.5 million and more than 100,000 visitor nights for the Queensland economy.

New data shows the event also attracted more than 27,000 participants including more than 6500 in the sold-out signature marathon event.

Queensland Tourism Industry Development Minister Kate Jones said the Marathon recorded its biggest international field of all time this year with more than 4300 runners from 51 countries competing over the weekend.

Revealing that the Gold Coast Marathon drew a total attendance of more than 60,000 people including 47,000 visitors to the Gold Coast - a 13% increase on last year, Minister Jones advised “this is another great legacy of the Commonwealth Games – more than 1.5 billion people around the world tuned into this event and that’s been reflected in the strong growth we’ve seen at this year’s Marathon.

“These figures are a testament to the value of major events for our economy. We’re investing in major events to grow this sector and create tourism jobs on the Gold Coast.

“The Marathon was the first major sporting event on the Gold Coast after the Games and gave runners the chance to run parts of the Commonwealth Games course. The feedback we’ve received showed this was added incentive for international athletes.”

Assistant Tourism Industry Development Minister and Member for Gaven Meaghan Scanlon said the 40th edition of the Gold Coast Marathon helped to stamp the city’s authority as a hub for major sporting events.

She added “the Gold Coast Marathon is one of the most iconic running events on the planet.

“These figures prove the value of Commonwealth Games when it comes to raising the city’s profile as a destination for major sporting events,” she said.

“Events like this are vital to creating more business for locals. That’s why we invest heavily in major events on the Coast.

“What’s even more exciting is the potential for growth in the future.” 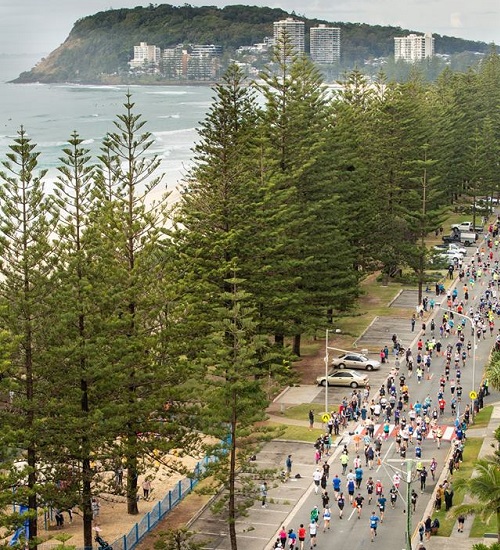 The Gold Coast Marathon is run by Events Management Queensland (EMQ), a subsidiary of Tourism and Events Queensland.

Watson concluded “this year’s extraordinary growth in visitors has been the result of long-term marketing strategies with Tourism and Events Queensland, Destination Gold Coast, City of Gold Coast, ASICS, Gold Coast Airport and other sponsors.

“These valuable partnerships, in conjunction with the attractiveness of the 40th anniversary, helped us deliver an unforgettable experience to thousands from around the globe and cemented our position as Oceania’s leading marathon.

“The redevelopment of the Broadwater Parklands to create a leading event space has been a boon for the marathon, as has the facilities at the upgraded Gold Coast Aquatic Centre which are utilised by our athletes for race preparation and recovery.

“A number of elite athletes have described these facilities as the best they have experienced throughout the world, which is a feather in the cap for the Commonwealth Games.”

Entries for the 2019 event will open at the end of the year at goldcoastmarathon.com.au.